Mind of the mixed-up Indian

I first met Gurcharan Das on the night train to Kalka. It was the mid-1980s. He was CEO of Proctor & Gamble and I was a left-leaning lecturer in economics. We came from two different worlds, but were headed to the same conference at the Indian Institute of Advanced Studies, Shimla. In my youthful arrogance I wondered what a corporate chief would be doing at an academic gathering. In the years that I have known Das, my respect for him as a thinking Indian has gone up with every piece of his writing. From being a perceptive columnist, Das made a splash in the publishing world with his account of pre- and post-liberalisation India in India Unbound: From Independence to the Global Information Age. He then went on to dazzle us with The Difficulty of Being Good: On the Subtle Art of Dharma, drawing on lessons from the Mahabharat. Having written on the two objectives of human existence, artha and dharma, Das has now ventured to write on a third, kama.

In Kama: The Riddle of Desire, Das draws on secular and religious texts. In the Hindu view of life, desire is the source of life. The Rig Veda says the cosmos emerged “from the seed of desire (kama)”. The Judeo-Christian tradition believes ‘God created life’. Given that the modern Indian urban mind draws on both intellectual traditions, Das analyses the confusion this creates in our appreciation of the idea of kama. 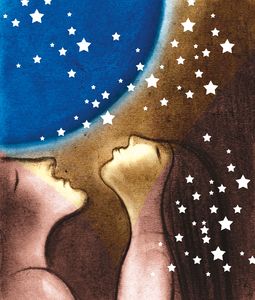 This intellectual journey is undertaken through the life of the fictitious protagonist, Amar. Das asserts that Amar is not his alter ego. Amar is the average urban, middle-class Indian who goes to a good private school in Delhi and secures a job in Mumbai. Through Amar’s quest at unravelling the riddle of desire, Das explores four different aspects to gender relations. The first is a very Freudian view of the son-mother relationship. The second is the romance of a ‘first love’—Ishita is the unattainable upper-class beauty with a wayward life, who, in the end, leaves all her worldly possessions to Amar without having found true love. The third is the adult relationship between a grownup Amar and his mature friend, Avanti, who eventually becomes his spouse. Finally, the fourth is an illicit affair born of a mid-life crisis. In exploring these four very different gender equations, Das incessantly gropes for a definition of sexual love. In the end, Das gives up. Desire is a riddle enveloped in an enigma.

This search is complicated by the fact that human desire is both sacred and profane and much that is said in religious literature on the idea of desire is a waltz between the two. When Meera seeks the companionship of Krishna, her desire can be interpreted as both sacred and profane. The Bhakti tradition had also rubbed off on Islam’s sufi tradition. It is only in the Judeo-Christian world that this complexity is not adequately recognised, though as William Dalrymple reminded Das at the book launch, the old testament had its share of the profane. The point Das makes is that contemporary Indian middle-class morality is constantly battling between the liberal views of ancient texts and the conservatism of Victorian morality.

With his three very different books, Das has established himself as a truly modern Indian thinker grappling with the complexity of the mind of the urban middle class Indian. What we learn at home and at school shape our minds in ways that often make our public debates difficult for non-Indians, and even the ‘westernised’ Indian, to understand. Contemporary India lives across many centuries.