Nothing simple about party symbol

Power in Maharashtra was easily snatched by the Eknath Shinde faction of the Shiv Sena from Uddhav Thackeray, but the arrow has been elusive. The Supreme Court’s observation that the manner of the split in June has raised new questions means the Sena’s election symbol remains with Thackeray. The outgoing chief justice-led bench also noted that the dispute for the symbol may go to a larger group of judges and it could take months, if not years, to decide who would ultimately possess the arrow. While a majority of state MLAs and Lok Sabha members support Shinde, thanks to big brother BJP, most of the organisation is still with Thackeray. Also, the court has to decide whether only a parliamentary revolt amounts to a split or should it be organically within the party. However, the speakers of Lok Sabha and state assemblies only look at the parliamentary numbers as per the anti-defection law.

Former vice president M. Venkaiah Naidu had recognised a split in the Telugu Desam Party only by its Rajya Sabha strength. Similarly, Lok Sabha Speaker Om Birla recognised a split in the Lok Janshakti Party based on the majority being with Pashupati Paras. Both decisions helped to bolster NDA numbers in Parliament. Both rebel groups did not vie for the symbol of the original party. 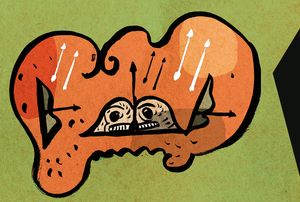 But under electoral laws, it is the Election Commission’s responsibility to recognise political parties, allot or cancel symbols and decide on claims of splits and mergers. This has been happening since the first general elections in 1952. The commission’s record rooms are bulging with case files of major splits—the Communist Party (1964); the Socialist Party (1965); the Congress (1969 and 1978); the DMK (1972)—as well as a merger of four parties to form the Janata Party (1977).

The smallest party that has become multiple smaller parties is the Republican Party of India, founded by B.R. Ambedkar. There are half a dozen RPIs, including one headed by Union Minister Ramdas Athavale and another headed by Prakash Ambedkar. The state-level byproducts of the once mighty Janata Party include the Biju Janata Dal (Odisha), the JD(United) and the Rashtriya Janata Dal (Bihar), the Samajwadi Party (Uttar Pradesh), the JD(Secular) (Karnataka) as well as the Jannayak Janata Party and the Indian National Lok Dal (Haryana).

When the AIADMK was riven with fissures after supremo J. Jayalalithaa’s death, the factions had approached the commission for the two leaves symbol, which was first frozen before the dispute. Now again the party has had a division, though bulk of the organisation and MLAs are with former chief minister Edappadi Palaniswami. But the lone Lok Sabha member, who happens to be the son of rebel O. Panneerselvam, has stayed with his father.

Since 1980, the Congress has not had a major split at the national level where there was dispute over its hand symbol. But there were rebellions against Rajiv Gandhi, led by V.P. Singh; against P.V. Narasimha Rao by Arjun Singh-N.D. Tiwari and Madhavrao Scindia groups and finally against Sonia Gandhi by the Sharad Pawar group. All the rebels formed their own political outfits, but V.P. Singh merged his Jan Morcha into the Janata Dal; the Tiwari Congress and Scindia’s Madhya Pradesh Vikas Party returned to the Congress. Only Pawar’s Nationalist Congress Party is going strong in Maharashtra, though in alliance with Sonia Gandhi.

The BJP was formed in 1980 after de-merging from the Janata Party. It has not had a national level revolt, though regional chieftains—Kalyan Singh (Uttar Pradesh), B.S. Yediyurappa (Karnataka) and Babulal Marandi (Jharkhand)—formed their own parties, did electoral damage to the BJP and were then welcomed back.

The apex court’s verdict in the Sena symbol dispute would be of immense interest to all political parties.