How apples might upset BJP's applecart in J&K and Himachal

Agriculture Minister Narendra Singh Tomar was noted for his patience as he dealt with angry farmers during long rounds of negotiations over the three controversial farm laws last year. Ultimately, Prime Minister Narendra Modi, on the eve of assembly elections in Punjab and Uttar Pradesh, announced that he was withdrawing the laws.

Months later, Tomar now has to deal with a lot of tears as there is distress in the Himalayan paradise known for giving the country its luscious apples. Growers in orchards of the Kashmir valley, Himachal Pradesh and Uttarakhand are sending their representatives to Tomar, pleading for urgent steps to help the apple crop that will hit the markets from August. 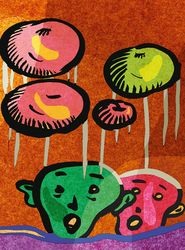 Though India produces just 2 per cent of the world’s apples, the domestic varieties are known for their taste and nutritional value. Yet, imported apples are flooding markets across the country, and have caused price crashes in the past three years. Unlike the mango, which is not threatened much by foreign varieties, the Indian apple, which once dominated the market in all states, now faces competition from apples from China, the US, Europe and Iran.

The annual apple production is estimated at around 24 lakh tonnes, of which Jammu and Kashmir contributes 17 lakh, Himachal six lakh, Uttarakhand and some northeastern states a total of one lakh. The only non-hilly state that produces apples, a small quantity, is Telangana.

If those with bumper crops in Himachal were affected by the low prices, growers in Kashmir were hit more by premature snow, rain and heavy wind, which damaged the fruit-laden trees in the past three years. After the withdrawal of Article 370 and conversion of Jammu and Kashmir into a Union territory, the agriculture ministry had announced a scheme to procure the bulk of the apples produced in the valley. However, it did not make much headway.

Farmers had to depend on networks of wholesalers and agents to dispose of the bulk of their production and prices were depressed. The wholesalers blamed the lack of demand during the pandemic restrictions for the low off-take, and now argue that the demand would be robust this year as markets have opened across the country, and there has been good sale of summer fruits. However, the recent hike in GST rates for wooden packing material—the standard size is 20kg of apple per box—has added to the rising input costs.

Though NAFED (National Agricultural Cooperative Marketing Federation of India), which reports to Tomar, had come up with a scheme offering fixed prices for three grades of apples in the hill states, its expectation that the three state governments should cover half the procurement expense has made the scheme come a cropper. The states enthusiastically say yes, but they have budgetary constraints.

Also, NAFED does not have its own extensive distribution chain, which means the movement of the procured apples from the orchard to the table is not as seamless as the private networks. There is also less demand in the country for processed apple products compared with other fruits.

Himachal will go to the polls this year, and Jammu and Kashmir might, too. The orchardists have threatened to make the apple an electoral issue. Tomar may come up with solutions, especially as the BJP faces a strong opposition in Himachal’s apple belt, while it hopes to open its score in the rural Kashmir valley.