Beware of the subsidy honeytrap

Competition over government freebies is only intensifying

In February, the Union government almost decided not to continue with the prime minister’s free ration scheme. It was introduced in March 2020 to help the poor, including migrants, affected by loss of livelihood due to Covid-19 and economic meltdown. The finance ministry said Covid-19 was under control and India’s economy was bouncing back. Two years of support had ensured there was no privation in villages and cities. But, there was a dramatic public appeal by Uttar Pradesh Chief Minister Yogi Adityanath, who was about to face re-election. He urged Prime Minister Narendra Modi to continue the scheme as the after-effects of the crisis were still being felt in the state. Modi agreed with Yogi and the government allotted 080,000 crore to extend the scheme till September. The BJP romped to victory in UP and Uttarakhand, where the scheme had high demand from beneficiaries.

Now, the department of expenditure has again told the ministry of food that the scheme should not get another extension as the food subsidy bill is mounting. However, assembly elections are due in BJP-ruled states of Gujarat and Himachal Pradesh, where the Aam Aadmi Party is promising subsidies. Arvind Kejriwal’s government in Delhi has followed the Union government in extending the free ration of five kilograms of foodgrain till September. But the consumption patterns studied by the ministries of food and finance show that the off-take of free grains is not heavy in Gujarat as it is in the Hindi belt. The food ministry is working on finding a golden solution where the scheme would be continued either in specific regions of the country or with a moderation in the quantum, so that there will not be heavy burden on the fiscal balance. The war on subsidies is not confined to foodgrains alone. 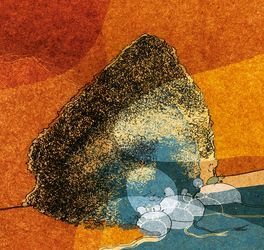 In Gujarat, the AAP is making a serious pitch to reintroduce a free electricity scheme, which was discontinued by Modi when he ruled the state. Modi, back then, succeeded in persuading the farmers that what they needed was assured supply of power, and not the promise of free power, which was supplied erratically. Modi had revamped the power distribution, separating the power feeders for domestic and agricultural consumption. While domestic power was available round-the-clock, the supply for agriculture pumpsets flowed only in the night, so that farmers had enough water during the day. The scheme bucked the trend of most states offering free power supply to farmers, leading to a lot of diversion and misuse, resulting in very poor supplies in most states. Kejriwal says he would give free power to 80 per cent of Gujarat’s population, matching with the scheme running in Delhi, and now introduced in the new AAP stronghold of Punjab. He taunted the “big leader” from Gujarat and said if farmers get power only in the night, even ministers and bureaucrats must get electricity only in the night; he conveniently ignored that the night restriction is only for pumpsets and not for homes of farmers.

The demand for subsidies has also begun in Karnataka as opposition leader and former chief minister Siddaramaiah is accusing the Basavaraj Bommai government of trimming the subsidies introduced by Siddaramaiah during 2013-18, and has promised to give more milk and eggs, apart from foodgrains. Bommai struck back and said his government was generating more jobs and giving higher welfare doles. The competition over government freebies is only intensifying, and will reach a fever pitch by the time of the Lok Sabha elections in May 2024.