Prime Minister Narendra Modi campaigned on the anti-dynasty theme in Uttar Pradesh as he took on the Mulayam Singh Yadav family-dominated Samajwadi Party. His party retained the four states despite the challenge from the bigger dynastic party dominated by the Gandhis. He told wildly cheering BJP MPs from the party-ruled states that he had personally denied tickets to sons of MPs and other party leaders, as he wanted the party to fight dynastic tendencies across the country.

During the seat allocation stage, more than 100 BJP leaders had sought tickets for their children. Some of these aspirants, like Mayank Joshi, son of party MP Rita Bahuguna Joshi, had defected to the SP. Even former UP labour minister Swami Prasad Maurya had jumped the ship as he was not confident of getting a ticket for his son; Maurya’s daughter Sanghmitra is a BJP MP from Badaun. 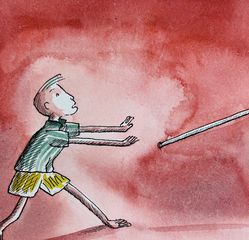 Ever since he became the prime ministerial candidate, Modi has pushed hard against dynastic politics. He has targeted not only the Gandhis, but also the Pawar family (Maharashtra), the Rao family (Telangana), the Lalu Prasad family (Bihar), and the Abdullahs and Muftis (Jammu and Kashmir). During the campaign phase of West Bengal assembly polls last year, he had attacked Chief Minister Mamata Banerjee’s nephew Abhishek’s hold in the government.

Modi, however, had remained silent on the Badal family’s control over long-term ally Shiromani Akali Dal, which broke with the BJP over the farmers’ agitation. Similarly, he had not directly attacked the Gowda family’s dominance over the Janata Dal (Secular) in Karnataka, entrusting the attack to local BJP leaders. In the 2019 Lok Sabha elections, he had denied a ticket to Tejaswini Ananth Kumar, wife of former Union minister Ananth Kumar, who died in 2018.

But family links matter a lot in the BJP also. The opposition has been releasing a long list of dynastic relations in the BJP. Ved Prakash Goyal, father of Union Textiles Minister Piyush Goyal, and Debendra Pradhan, father of Union Education Minister Dharmendra Pradhan, were ministers in the Atal Bihari Vajpayee government. Union Information and Broadcasting Minister Anurag Thakur is the son of former Himachal Pradesh chief minister Prem Kumar Dhumal. The Scindias have five members in Parliament and legislatures, while Maneka Gandhi and her son Varun Gandhi are party MPs.

In the recent elections, Modi did not touch dynasts who were already in politics like Union Defence Minister Rajnath Singh’s son Pankaj Singh, who retained his Noida assembly seat by a big margin. Similarly, the party gave a ticket to sitting MLA Ritu Khanduri Bhushan—daughter of former Uttarakhand chief minister B.C. Khanduri.

The BJP also encouraged new dynasties when it gave a ticket to Divya Rane, wife of Goa health minister Vishwajit Pratapsingh Rane. The Ranes were the second husband-wife duo who were given tickets, apart from Atanasio Monserrate Babush and his wife Jennifer. All four won the elections. Vishwajit had cajoled his father and four-time Goa chief minister Pratapsingh Rane of the Congress to declare that he would not contest, denying a sure seat for the opposition. But he demanded the seat vacated by his father should be given to Divya and had his way. But long-time BJP leaders who have always been with the BJP grumble that the party is more accommodative to the dynastic wishes of turncoats from other parties like Ranes and Monserrates, whereas the son of former Goa chief minister Manohar Parrikar was denied a ticket.

These are exceptions, but Modi’s long-term plan is to deny easy paths to dynastic aspirants so that the party can use the dynastic deterioration card against its opponents.