Apart from his own scholarship, the long years in the United Nations, government of India and Parliament have made Shashi Tharoor well aware of the myriad schemes and acronyms of the Central ministries. The erudite parliamentarian has now taken up the cause of one crore unemployed graduates who applied for a few thousand clerical posts in the Railways, the country’s largest employer.

The Railway Recruitment Board started the process in early 2019 for the examination, but it has not yet declared the dates for the final test. Tharoor tweeted an appeal to Union Railway Minister Ashwini Vaishnaw for removing the red signals so that the recruitment could roll on. 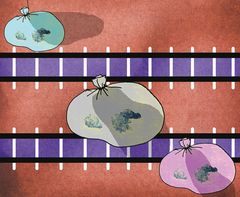 Even before the minister and the railways responded, the job seekers tweeted about other recruitments stuck in government pipelines. It was not just clerical jobs. The recruitment for electrical and civil engineers has been frozen on the tracks ever since the Lok Sabha elections got over, and then Covid-19 restrictions immobilised the recruitment process.

This pattern repeats across other large official employers like education, and in almost all states. However, the recruitment process kept moving in paramilitary forces, both due to security needs and the powerful presence of Amit Shah in the home ministry. Yet, the gap between vacancies and recruitments is considerable in the uniformed services.

The prime minister has been emphasising that the government alone cannot provide jobs, but that it will promote skill development. There are dozens of schemes to promote growth of start-ups and self-employment launched by successive governments, and, now, the national monetisation pipeline proposes privatisation of multiple government operations. Officials concede that privatisation of railways, road and air operations, which was being discussed in the corridors of power during the last two years, was also a reason for the slowdown in government recruitments in the infrastructure and services sectors.

The delay in states has been equally galling for the unemployed. Post the second Covid wave, some state governments have announced they would speed up recruitments for schools, hospitals and engineering departments. In Punjab, the dissident camp, led by PCC president Navjot Singh Sidhu, has questioned the commitment of Chief Minister Amarinder Singh on the job front. The Aam Aadmi Party, which is keen to make a big impact in Punjab, Uttarakhand, is dangling mega recruitment promises to job seekers. Karnataka Chief Minister Basavaraj Bommai has announced a big recruitment drive, but there are no details.

At the Centre, the job-generation function is scattered across ministries. While the Union Public Service Commission is focused on senior and middle level jobs for the All India Services as well as for other Central government jobs, the Public Enterprise Selection Board selects chief executives and senior functionaries for government-owned companies. Then, there are recruitment boards and departmental committees for the lower-grade jobs, which are in tens of thousands. The Army, Navy, Air Force and the Coast Guard have their own elaborate structure to recruit officers and jawans.

While the UPSC is under the prime minister as part of the Department of Personnel and Training (DOPT), the PSEB is under the Union industry minister. Each minister handles recruitment for his ministry, based on DOPT guidelines, though the defence ministry enjoys more latitude in recruiting combat-fit officers and soldiers. The government needs highly placed ministers and bureaucrats, with sensitive ears, to hear the despairs of job hunters as evidenced in responses to Tharoor’s appeal to Vaishnaw.