Social media-originated FIRs are rising. What does it say about our policing system?

If young Haryana IAS officer Ayush Sinha is in the dock over his order to “break the heads” of agitating farmers of Karnal, another IAS officer from the same state has made fun of the police rushing to write first information reports after getting tweets and WhatsApp messages from ruling party members.

Prabhjot Singh of the 2010 batch, who has a technology degree, has sarcastically said through a tweet that police stations should be set up on social media to handle these “broadcast” complaints. Coincidentally, the Ghaziabad police have ordered two FIRs against a priest, Narsinghanand Saraswati, supposedly based on a Twitter complaint from National Commission for Women chairperson Rekha Sharma. 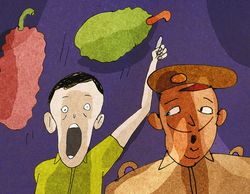 The code of criminal procedure permits police to examine whether an offence is committed based either on a complaint or on the basis of information gathered by the policemen. But the tendency to treat social media messages of politically powerful persons—which are more for public consumption or publicity—as criminal complaints show the eagerness of policemen to please the rulers. Not just in Uttar Pradesh, but in other states, too, social media messaging is used to launch criminal cases. Police officers are eager to launch investigations even before they can check the truthfulness of the tweet.

Some years ago, the Supreme Court had come down heavily on states over the practice of hiding complaints—where many complaints were not converted to FIRs. It was done either to help the powerful escape police cases or to keep the number of total cases down to highlight the excellence of policing. The apex court had said that every complaint made to the police should be registered.

But taking instant cognisance of complaints on social media, which are tagged to the police, is going to the other extreme. With political parties, foreign governments and even criminal gangs using social media to tarnish the reputation of persons and institutions they do not like, the police should not react to every alert on their smartphones but verify the complaint with good application of common sense.

A study of social media-originated FIRs done in large north Indian states shows maximum cases are related to hate remarks followed by what is considered defamatory posts against chief ministers and other persons of the ruling party.

There is zealousness in Uttar Pradesh; the maximum number of social media-related cases were registered for “defamatory comments” against Chief Minister Yogi Adityanath followed by such comments against Prime Minister Narendra Modi. UP Police squads have travelled to distant states like Tamil Nadu to arrest those who have let off steam on social media. But as social media is a double-edged sword, over-eagerness leads to more scathing comments.

That is why Singh suggests, with his tongue firmly in cheek, that after setting up social media police stations in every district, the government should set up social media courts to try the accused.