The railway ministry is flooded with petitions from MPs and passenger associations as the unlock process gathers pace across the country. But the country’s largest transport network is beset with a dilemma: whether to choose lives over livelihood.

The Union home ministry is not in a mood to allow full-fledged rail travel. Only around 8,000 of 13,000 passenger trains have been allowed to run—and that, too, with restricted capacity. The emphasis is on using reserved compartments where social distancing can be ensured; unreserved ones are accessible to everyone with a ticket.

The ministry boasts that its freight services are going full steam ahead to keep the wheels of the economy moving. The wheel-less passengers, though, are feeling let down, because of curtailment of services and cancellation of season tickets. The poor among travellers, who depend on trains to get to work or classes, are the hardest hit. They cannot afford the steep fare for reserving seats in express trains and other modes of public transport. And steep fares aside, the railways also charge stiff service fees. Shortage of seats is another issue.

Season tickets were available for one-way journeys up to 150 kilometres in passenger trains that had only unreserved compartments. According to railway rules, such tickets could also be issued for journeys beyond 150 kilometres, provided that the facility existed in, or prior to, 1950. Long-distance concessional travel is therefore possible in some British-era trains that still survive.

It is urban links like Mumbai-Pune, Mumbai-Nashik, Delhi-Panipat, Kolkata-Kharagpur, Kochi-Palakkad and Bengaluru-Mysuru that attract a huge number of season-ticket holders. The suburban train network in Mumbai, which extends 100 kilometres on the Mumbai-Pune and Mumbai-Nashik stretches, now allows only those who are a part of emergency services, grounding the urban workforce that used to commute by train to factories and offices. 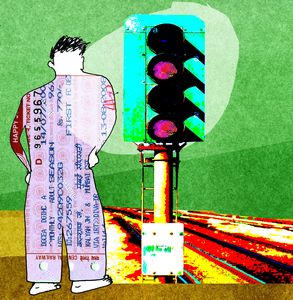 The railways has allowed season ticket holders to travel in short-distance MEMU trains, though. But the current restrictions would otherwise continue, because experts in the health ministry insist that crowded trains could lead to a third wave of the pandemic. Also, the railways would not be able to prevent overcrowding if it issues lakhs of season tickets and allows commuters to use thousands of unreserved compartments. The Railway Board and the Railway Protection Force have also made it clear that they do not have an adequately strong workforce to ensure social distancing in unreserved compartments. Nor do railway stations have the facility to do health checks if there is a heavy influx of regular passengers.

The railways had reintroduced seasonal passes in April this year, after suspending them during the first lockdown in March 2020. The second Covid wave, however, called for cancelling that decision.

Small and medium enterprises, which employ lakhs of poor labourers, argue that the railways should start serving short-haul commuters as well. Only safe transportation facilities can improve productivity and save livelihood, they say. Road transport facilities, both public and private, have not been able to bear the load because of a number of reasons, including travel- and load-related restrictions, unviable routes and the low paying capacity of commuters.

Railway officials, however, want employers to explore alternatives and provide subsidised modes of transport to employees until the public health situation improves. But, with the plan to reopen schools and colleges by September, the clamour for allowing more passengers in trains may only grow louder.