Can those who are not vaccinated be forced to stay indoors? The Mizoram government thought it had the right to order them not to venture out. But, the Gauhati High Court said that the state has no such right to practise vaccine apartheid, especially when those who are vaccinated can also be infected or become spreaders. The debate in the north-eastern state has been settled for now in favour of equal status for all citizens.

The state government argued that its attempt was to contain the virus spread in the state, where 70 per cent of the population has had one round of vaccination. But the rule would have meant that more than a quarter of the population would have had to remain indoors. In Delhi and other cities, the local magistrates have asked residential complexes to submit a list of residents who have not got the first dose, leading to apprehensions about vaccine compulsion. 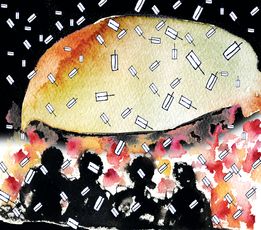 The Mizoram government’s order is only symptomatic of how states, local bodies and even resident welfare associations have been practising their own methods of vaccine coercion as against the stated policies of the Union government. The government has repeatedly said that vaccination is voluntary, but has advised getting both doses. Ministry officials also point out that any attempt to ostracise those who have not taken the vaccine would have consequences.

Yet, in many districts and states which were hit hard by the second wave, officials and ministers have argued that denial of ‘normal privileges’ like coming out of homes, going to markets or workplaces and interacting with neighbours, would encourage a higher percentage of the population to get vaccinated. They argue that the current restrictions on travel by air or rail without a negative RT-PCR test itself is a discriminatory practice, but is accepted as a public health measure.

India has protested the vaccine passport rules of the European Union (only those who get vaccines approved by the EU’s medical unit are allowed entry). Both Covishield and Covaxin are not in the list. India has now persuaded 10 countries in the EU to approve the vaccines available in India, despite the common EU order. But, the big countries like Germany and France have not yet announced a relaxation.

The government is worried that the order of the Mizoram government and other instances of vaccine compulsion in India would be picked up by the EU to justify its own vaccine passport scheme. US President Joe Biden has ruled out a vaccine passport for entry into his country, but, at present, Indians wishing to visit the US have to spend 14 days in a foreign country before landing at an American airport.

In India, mapping of the vaccine hesitant population would have to wait till early next year, by which time more than 70 per cent of the eligible population is likely to be covered. Till now, there were doubts on the efficacy of Covaxin and Covishield as the results of the third round of clinical trials were not available in detail. But, now, even politicians, like former Uttar Pradesh chief minister Akhilesh Yadav, who refused to take the “BJP vaccines”, have said they are ready for the jab.