The National Human Rights Commission used to be a noisy organisation, making up with strong words its lack of teeth to punish delinquent governments and individuals. But the commission has been rather subdued of late, leaving the job to more specific bodies like the National Commission for Women and the National Commission for Minorities. But an NHRC team led by Justice P.C. Pant recently returned to its earlier style of functioning after a workshop on manual scavenging exposed the claims of many state governments that they had put an end to the inhuman work.

A horrified commission issued a stinging circular, taking note of the situation. Although it did not use the word “lie”, it said what the states were saying were “far from truth”. The commission asked the definition of manual scavenging to be expanded to include other types of equally hazardous work undertaken in sewers across the country and called for total accountability from officials concerned. It called upon the Union home and finance ministries and the social justice department to prepare comprehensive schemes for the rehabilitation of scavengers, who face the worst forms of caste discrimination among the dispossessed groups in the country and demanded strong action against municipalities and panchayats that continue to employ manual scavengers. 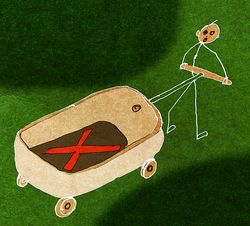 Although manual scavengers constitute a major vote bank in many states, their concerns were not addressed properly for a long time. It was prime minister Manmohan Singh who appointed a separate minister of state to handle the challenges of sanitation. Prime Minister Modi has appointed a cabinet minister to deal with the issue under the omnibus Jal Shakti portfolio. He has also set up the Swachh Bharat Mission. Some of his colleagues did not like being addressed “minister of toilet”, but the department grew in stature after Modi made sanitation one of his signature initiatives and set the target of building ten million new toilets to make India open defecation free (ODF) by October 2, 2019, the 150th birthday of Mahatma Gandhi. On that day, Modi declared that every Indian household had a toilet.

When Modi took over in 2014, only 40 per cent of the households had toilets. And his government achieved the impressive feat of covering the remaining 60 per cent in five years. Modi’s next target is to make India ODF+ by 2025. The government has allocated Rs1.5 lakh crore for the initiative, which is aimed at sustaining the ODF programme, and will also take up solid and liquid waste management.

Critics say many state governments have given themselves ODF certificates without actually meeting the target. It is alleged that some panchayats, districts and states claimed to have achieved a large percentage of their target during the fortnight before the national deadline. But the Central government is satisfied with the progress, which it says is being monitored by official and informal sources. Officials say ODF+ will address the more serious issue of lack of running water, which drives people back to open defecation. The initiative will also subsidise panchayats to build sanitation complexes for the homeless and the hutment dwellers. As hygiene is an issue involving exploitation, there are allegations that casteism is behind the denial of wet toilets to dispossessed groups in rural areas.

Modi is happy that the ODF project has helped rural women, whom he calls his “invisible voters”. Along with the Ujjwala scheme which provides cooking gas to rural households, the Swachh Bharat Mission, too, has a gender specific target. But it is important that the Central and the state governments act urgently on the timely alert given by the NHRC on the terrible tragedy that manual scavengers continue to face on a daily basis.