Journalist Rashid Kidwai, who has written books on the Congress, has revealed that Ahmed Patel spurned the suggestion of writing a tell-all memoir on his role as one of the most powerful men in the country. Patel, who died last month, said he would instead take all the secrets to his grave. Interestingly, the memoirs of another Congress giant, Pranab Mukherjee, who passed away this year, will be published soon. It will be the fourth and final volume of his autobiographical series. But, knowing the caution exhibited in the first three volumes, this one may not reveal any scandalous details.

Like Patel, Mukherjee knew too much, but took much of it with him. Yet the book will be a revelation of Mukherjee’s assessments of Narendra Modi, who called the former president his guide. Mukherjee, despite being from the Congress, treated Modi fairly and squarely.

While Jawaharlal Nehru and Indira Gandhi left bundles of letters and files, which have been a treasure trove for researchers, the archives of other prime ministers are not readily available. P.V. Narasimha Rao, who had an eventful tenure, chose to write a thinly disguised novel, The Insider, which symbolised the man of many silences and ambiguities. Manmohan Singh, who had the third longest tenure as prime minister, is in demand by publishers for a revealing account of his decade in power. 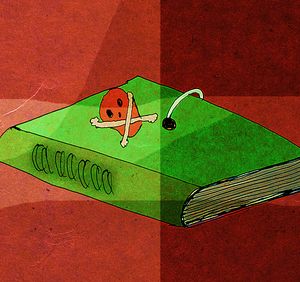 Interestingly H.D. Deve Gowda, who had a short tenure, asked Prof K.E. Radhakrishna to write his biography of six decades in politics, but after several sessions with the busy leader, Radhakrishna joined the Congress and wrote a book on Nehru! The most revealing book by a president so far has been My Presidential Years, by R. Venkataraman, who conducted two general elections and had four prime ministers during his five years on Raisina Hill. It is a guidebook on the presidency and the Constitution. Venkataraman’s successor, Shankar Dayal Sharma, who dealt with three prime ministers and had a sweet tooth, would ply a publisher with sweets, but refused to reveal secrets. K.R. Narayanan, again, refused to write a memoir, saying his detailed press notes issued in real time on the multiple constitutional issues he handled were the best reference for those interested in his presidency.

Though A.P.J. Abdul Kalam wrote many inspiring books, he said he was trained as a defence scientist to keep secrets and not blurt them out. But, his secretary P.M. Nair wrote The Kalam Effect: My Years with the President, detailing how Kalam handled constitutional issues like dismissing a state government and that there was no evidence to show Kalam had raised a question on the foreign birth of Sonia Gandhi in 2004.

Inside stories by people who worked very closely with leaders—like Natwar Singh on Sonia Gandhi, and Sanjaya Baru on Manmohan Singh—have given glimpses into what takes place beyond the corridors of power.

The latest insider story is by bureaucrat Wajahat Habibullah, who served in the PMO during the Indira and Rajiv era. He was a schoolmate of Rajiv. The revelations in the book on how a junior defence minister, Arun Singh (yet another classmate of Rajiv), and a maverick Army general, K.S. Sundarji, kept the prime minister largely ignorant of Operation Brasstacks, which almost sparked a war with Pakistan, is being discussed in military circles. The compassionate and friendly account of Habibullah reveals the games played by another trusted minister Arun Nehru (a relative of Rajiv) on the Babri Masjid issue. There are those in the higher circles of power in all parties who like Patel are privy to multiple secrets. How many of them will reveal how much, is grist for the growing demand for political books in the country.