Chhattisgarh Governor Anusuiya Uikey is miffed that Congress Chief Minister Bhupesh Baghel has not spared a “full-time reliable” IAS officer as secretary to the governor. Instead, Sonmoni Borah, the secretary in-charge of parliamentary affairs, has been given additional charge of Raj Bhavan. So the IAS officer reports to both Baghel and Uikey.

The governor’s secretary is privy to the Raj Bhavan’s communications to and from the Central government, and Uikey is correct that the officer cannot have two bosses—especially on issues when there is a conflict between the governor and the chief minister. Uikey, an appointee of the BJP government at the Centre, has protested saying the governor has the right to appoint officials so she can “manage” the state through “quality and order”. Baghel, one of the more combative opposition chief ministers in the country, is yet to make amends by either appointing an officer of Uikey’s choice as secretary or by taking away parliamentary affairs from Borah. 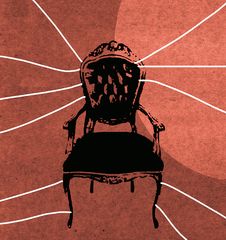 It is a common practice that the president, vice president and state governors are allowed to choose officials to serve in key positions in their establishments, even though the appointment orders are signed by the prime minister or the chief minister of the state. There have been tussles earlier at the state level when chief ministers refused officials who were the first choice of a governor, and who in turn have circumvented the obstacle by appointing their favourite outsiders as officer on special duty. When there is full rapport between the president and prime minister, presidents like Pratibha Patil and Ramnath Kovind have left it to the respective prime ministers to suggest and appoint secretaries at the Rashtrapati Bhavan.

The relations between 14 non-NDA chief ministers and the Central representatives in the state Raj Bhavans at present ranges from cordial to extremely hostile. At the nice end are the governors and chief ministers of Punjab, Odisha, Mizoram and Andhra Pradesh. The frosty relation in Delhi between Lieutenant Governor Anil Baijal and Chief Minister Arvind Kejriwal has thawed to a great extent after the Supreme Court ruled on division of powers between the two constitutional functionaries. While the off-and-on relation between the BJP and AIADMK has ensured cordiality between governor and chief minister in Chennai, in nearby union territory Puducherry, the power struggle between Lieutenant Governor Kiran Bedi and Congress Chief Minister V. Narayanasamy saw the issue being fought in the High Court and outside.

It is in the two largest cities, Kolkata and Mumbai, that the relations between the Raj Bhavan and state government secretariat are at a boiling point. Chief Minister Mamata Banerjee and Governor Jagdeep Dhankar are accusing each other of violating and not even reading the Constitution, even though both have sworn to uphold it. They could easily get copies of it from Kolkata’s College Street, the country’s largest book market.

Meanwhile, when Maharashtra Governor Bhagat Singh Koshyari asked Chief Minister Uddhav Thackeray if he had “turned secular”, the latter had to remind him that the word ‘secular’ was in the Constitution. Till now, Koshyari’s fame was for a report and a non-report—he headed the parliamentary committee which recommended One Rank-One Pension for all service personnel in 2011. The non-report is that of the India-Nepal Eminent Persons Group, of which Koshyari was the co-chair from the Indian side; he became governor before the readied EGP report could be submitted. Now, he will be known more for the political brawl in Mumbai.