The global pandemic has given the Indian economy many severe shocks. On that large frightening canvas, the decision by the World Bank to suspend its Ease of Doing Business index for 2018 and 2020 is only a pinprick.

The 17-year-old index, which ranks 190 countries on the way they allow businesses to be established and to function, has been a beacon of verification for Modinomics. During the six years of the prime minister’s tenure, India jumped 77 places in the index, from a lowly 134 in 2014 to a healthier 63 in 2020. The global lending institution has cited flaws in data collection and interpretation from certain countries for pausing the index, but the reporting fraud has happened in four other countries, including China. 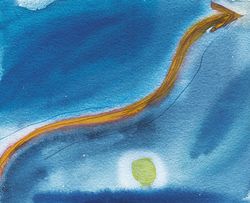 It is not known when the global benchmark will return and how much credibility it will then retain, as the index measured in two large business cities is extrapolated to an entire country. The bank measures ten major indices, including procedures for starting a business—like electricity connection, property registrations, environmental clearance, getting financial credit, protection—to investment, reasonability of central and local taxes, enforcement of contracts and resolution of insolvency.

Thus, New Zealand has been on top of this greasy pole. India breached the 100 barrier only in 1999, when it was ranked 77, and moved up another 13 places. Since 2014, the Prime Minister’s Office has focused on eventually making India achieve a number below 50, while aiming for the moon—a single digit ranking. That is why the first economic stimulus package for tackling Covid-19 had many provisions to make life easier for start-ups and medium and small enterprises. However, the proposal to dilute environmental and labour laws and regulations has met with strong resistance from political parties, activist groups and labour unions.

One of the most ardent champions of the successes of the government in easing business has been Amitabh Kant, the NITI Aayog CEO. He had been secretary in charge of the department of industrial policy and promotion, directly entrusted with providing a business-friendly environment. Kant has been using the World Bank honours to prove that the policies of the Modi government have worked. He is unfazed by the World Bank decision, especially as there is no suspicious finger at India. He has assured global and domestic investors that easing the regulations and restrictions would move at a furious pace.

The World Bank had cited three major legislative acts including GST, insolvency and bankruptcy code, and the relaxation of the land acquisition act as motivation for investors and entrepreneurs.

Bibek Debroy, the chairman of the prime minister’s economic advisory council, who sits in the same building as Kant, has been campaigning relentlessly for doing away with obsolete laws and regulations. Based on studies done by Debroy before joining the Modi government, Parliament scrapped more than one hundred obsolete laws. But, there are more laws still on the books at the Centre and in the states.

In the last six years, the Modi government has been on a law making spree. The strong focus on security issues has made the cabinet accept more procedures and regulations.

As bank frauds, asset stripping of companies and cases of money laundering increased, stricter financial norms were required, as the government had to protect the interests of investors, banks and the national exchequer. Interestingly, reform lobbyists have been happy with the decision not to appoint a chairman and members of the Law Commission for several months, as the commission, too, churns out new regulatory laws.

The push and pull of external conditions and governance demands will depend on the pace at which ease of doing business is enabled in these abnormal times.