Memorialists of P.V. Narasimha Rao recall not only his prime ministership, but also how he had been politically punished by the Congress in the early 1970s for ushering in land reforms in Andhra Pradesh as the state’s chief minister. There are also the sentimentalists who look at how Rao’s 1991 economic reforms spurred growth, and argue that Prime Minister Narendra Modi should take a leaf out of the former’s book to revive the slackening economy.

Unlike communists, land reforms have always been a tricky subject for the Congress—the party needs to balance it across the spectrum of its support base. Interestingly, the legacy of another Congress chief minister, D. Devaraj Urs—who executed major land reforms in Karnataka—has been dismantled during this pandemic period. In 1974, Urs gave land to the tillers and banned non-agriculturists from buying agricultural land. His policies dispossessed four million absentee landlords, but built a new vote bank for the Congress, which helped both his return to power and Indira Gandhi’s stunning political comeback in 1978.

Karnataka was a state where those who had non-agricultural income over a modest threshold could not buy agricultural land without special dispensation from the state government. Ironically, the BJP’s B.S. Yediyurappa, who was stung by a series of land-scam allegations during his first term as Karnataka chief minister, has now taken the plunge to junk the land laws of Urs, and allow free land purchase for individuals and companies. A huge edifice of laws is being junked to make rural land a free-trade commodity. The Congress in opposition says it is a counter-reform which will dispossess farmers of agricultural lands. The party also alleges that this will lead to monopoly holdings.

Urs had imposed fixed ceiling on land holdings, enforced by tribunals packed with Congressmen. But Yediyurappa’s reforms have rhymed well with the Centre’s decision to loosen the Essential Commodities Act, allowing free trade of many agricultural commodities across the country. 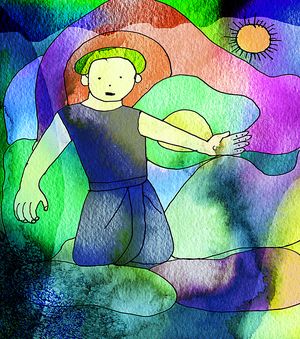 But the Karnataka initiative is a part of the growing trend among Central and state governments to force changes in well-entrenched laws. In the 2000s, change was much more incremental than under the dynamic team of Rao-Manmohan Singh-P. Chidambaram, though there was a minor encore from the A.B. Vajpayee-Yashwant Sinha-Murasoli Maran team. The pandemic situation has seen the BJP-ruled governments in Uttar Pradesh, Madhya Pradesh and Karnataka being joined by the Congress-ruled Rajasthan in bringing major changes in labour laws. Maharashtra and Tamil Nadu governments have promised reforms after they stabilise the alarming outbreak of Covid-19. Amid strong protests from trade unions and lukewarm response of employers, the governments did little to implement the decision to extend working hours and suspend major labour laws. The employer bodies had more problems with the bureaucratic hurdles, rather than labour management. They pointed out that there were more issues that had to be sorted out by the ministries of finance and industries, rather than labour.

The Union government has announced privatisation of several strategic sectors including atomic energy, space, defence, coal and mines. It has also gone ahead with a controversial decision to change environmental norms, by giving more freedom for economic activity in eco-sensitive areas.

The 1991 reforms of Rao were based on the revolutionary Congress manifesto prepared for former prime minister Rajiv Gandhi—who had been assassinated in the middle of elections. The 1991 reforms clicked because the global economy was in a healthy state. But the current reforms face the headwinds unleashed by a global economic slowdown.