Daily rise in the prices of petrol and diesel for a fortnight in June has made retail consumers unhappy. The Narendra Modi government is facing unfavourable comparisons with similar price hikes during the Manmohan Singh regime. Critics have dug up the statements made by Modi and other BJP leaders criticising UPA for burdening the common man.

The government and the BJP have adopted a strategic silence, refusing to explain why the prices are shooting when global oil prices are very low. An otherwise voluble Petroleum Minister Dharmendra Pradhan has also been quiet, while the oil marketing companies shrug and point at the finance ministry—which needs more revenue as tax collections are down. 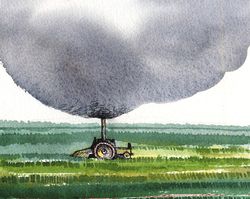 But the Covid-19-induced restrictions have put street protests on hold. A significant marker is that diesel is no more a holy fuel, and its price would almost match with that of petrol after a few more hikes. There were times when diesel was selling at half the price of petrol as it was considered an essential subsidy for farmers, Railways and road transport sector. It was one of the essentials for farmers along with cheap fertilisers, free power and zero income tax. Governments would tremble at hiking the costs of agricultural input or for imposing income tax on farmers. But the Modi government, which has a vision to limit subsidies, has tackled those for fertilisers and diesel in the last six years.

One of the first acts of Ananth Kumar as Union fertilisers minister in 2014 was to get Modi’s approval for changing the subsidy scheme for fertilisers, where the differential amount between factory price and sales price was directly going to fertiliser factories. Then, neem-coated fertilisers were promoted by the government to eliminate diversion of fertilisers for industrial use. The success in limiting fertiliser subsidies gave confidence to the government to tackle diesel subsidies.

The Modi government claims that dependence on diesel has come down due to improvement in electricity supply—as it made water pumps more efficient. The government also claims that increase in support prices for cereals means big farmers could now absorb the rising diesel prices. There was a time when ruling party leaders used to appeal to the prime minister and the petroleum minister not to increase the diesel and kerosene prices, as it would upset rural voters. The Pradhan Mantri Ujjwala Yojana programme has increased the usage of cooking gas extensively, saving both kerosene and firewood. This has, in turn, led to increase in the green cover and wildlife, as fewer trees are now felled for cooking purposes.

Political leaders feel that price increase protests can become a mass agitation only if there is a severe shortage of essential commodities. The economic reforms started in 1991 have taken care of the supply side of almost all essential commodities. Unlike fertilisers and fuel, the Centre has not been able to raise electricity prices in rural areas, because states, run by all parties including the BJP, are committed to give free power. That is why under the new economic reforms, loans to state governments is made conditional on power sector reforms. But increasing power tariffs is a tricky business as the Left Democratic Front government in Kerala has discovered during the lockdown.

As far as income tax on agricultural income is concerned, the NITI Aayog and the income tax department had recommended reforms during Modi’s first term itself. But the then finance minister, Arun Jaitley, had scotched it saying government would not tax farmers. Comparatively, diesel price hike is a low hanging fruit.