Who will save Mehbooba?

Has Mehbooba Mufti become a forgotten figure? Her preventive detention began when Jammu and Kashmir lost its special status, was demoted from a state and split into two Union territories on August 5, 2019. She was the last chief minister of the state and is, at present, the most high-profile political prisoner in the country. The petitions for her release filed by her family members are pending in the courts.

The flurry of political activity that led to demands for release of two other former J&K chief ministers—Farooq Abdullah and his son Omar—has not been there for the only woman chief minister of J&K. In fact, for octogenarian Farooq, it was the Rajya Sabha member from Tamil Nadu, Vaiko, who filed a petition in the Supreme Court. Interestingly, when Farooq’s father—Sheikh Abdullah, former prime minister of J&K (before the title was changed to chief minister)—was kept in preventive detention for 11 years by the Jawaharlal Nehru government, he spent nine of those years in Tamil Nadu’s Kodaikanal. 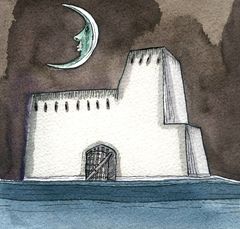 There was demand from opposition parties for the release of all three former chief ministers, but it was more forceful in the case of the Abdullahs. The Congress and its allies have been unhappy that Mehbooba and her father, former J&K chief minister Mufti Muhammad Sayeed, formed a coalition government with the NDA in 2014 after the elections resulted in a hung assembly. Mehbooba succeeded her father as chief minister post his death in 2016, after prolonged suspense on whether the alliance would continue. The Muftis’ Peoples Democratic Party had earlier shared power with the Congress. The PDP had pulled out of that coalition at Mehbooba’s urging. The Congress is now more comfortable with the Abdullahs’ National Conference.

The Central government has told courts that political leaders were detained as their speeches and reactions were inciting violence and encouraging separatist elements in the Kashmir and Jammu regions. Home Minister Amit Shah justified the detentions by pointing out how the Congress had incarcerated Sheikh Abdullah and others for more than a decade.

Though Farooq and Omar were released, the government has been more wary of Mehbooba, whose PDP has been disintegrating. The government feels she is moving closer to the separatists and wants to occupy the opposition space. The Congress is also wary as it feels that strong support to Mehbooba may give the BJP the chance to push the rhetoric that the Congress is soft on the Kashmir issue. Mehbooba’s daughter, Iltija, has been running her mother’s social media accounts and carrying on the political battle for the battered PDP.

Even though Mufti Muhammad Sayeed was once part of the Janata Parivar and was the home minister in the V.P. Singh government in 1989, Mehbooba has not maintained much contact with the regional parties which were part of that alliance. The political flux in J&K, which can have an elected assembly under the new division, is also making parties hedge their bets; the BJP wants to dominate the new assembly when elections are held and is promoting a new regional outfit in the valley.

Amid the political vacuum, the second most political family in the valley has not publicly reached out to the anti-BJP opposition much, which suits the BJP fine.