Chhattisgarh has joined fellow Congress-ruled states of Rajasthan and Madhya Pradesh in discontinuing pensions for political workers who were detained during the Emergency which was in force from 1975 to 1977. The pension was introduced when the BJP ruled these states. In Uttar Pradesh, Chief Minister Yogi Adityanath had raised the pension for the 8,000-odd persons who had been kept under preventive detention. They also get medical benefits in government hospitals. In Bihar, 3,100 persons get pensions for being imprisoned by the Indira Gandhi government, including former chief minister Lalu Prasad.

The decision of the three Congress governments has become a bone of contention, and has even reached a court in Madhya Pradesh. But Chhattisgarh Chief Minister Bhupesh Baghel has questioned the claims of the pensioners that they were fighting for the country’s “second freedom”. Baghel’s ministers felt the pension, ranging from Rs15,000 to Rs25,000 per month, was going to BJP and RSS workers. Two years ago, the Devendra Fadnavis government in Maharashtra had also awarded pensions to those who fought the Emergency. The Shiv Sena, which had supported the scheme as an ally of the BJP, and the Congress are the new coalition partners, and the scheme’s fate is in question. Congress-ruled Punjab is also under pressure to discontinue a similar scheme. 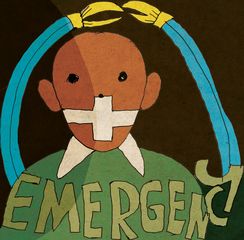 During the Emergency, the Indira Gandhi government and the Congress-ruled states had put about one lakh people in jails. The draconian Maintenance of Internal Security Act (MISA) of 1971 was one among the series of laws where the state could pick up its opponents. Though MISA was scrapped by the Janata government that replaced Indira Gandhi in 1977, there are more variations in force at the national and state level. The latest preventive detentions in Jammu and Kashmir have been done under such laws, with three former chief ministers kept under detention, and no court coming to their rescue.

Despite the liberal claims of successive governments from Jawaharlal Nehru to Narendra Modi, preventive detention has been demanded by security forces to tackle political agitations, whether it was the Communist uprising of 1950s in Telangana or the Maoist challenges in central India. Demand for political pension to those who fought governments of the day has been going on since independence, when the government started giving pension to those who had gone to prison fighting the British rule. But the demands of Netaji Subhas Chandra Bose’s Indian National Army volunteers, who fought the British-controlled Indian Army, were not accepted as the regular Army objected to them as collaborators of Axis forces and also of political association with the Forward Bloc, the party inspired by Bose. Regions that attained separate statehood after violent struggles, like Jharkhand and Uttarakhand, have given compensation to families of those who were killed in police action.

The recent move of the three Congress-ruled states has made the BJP leaders in these states launch protests. But they are also asking the Central government to consider a scheme for MISA detenus and widows of detenus who have died since then. They argue that the financial burden would not be much, because as it is the Central government gives pensions to over 50 lakh former government employees. They point out that Narendra Modi himself highlighted the fight against the Emergency during the dark event’s anniversary on June 26. But the finance ministry officials feel that opening new categories of political pension, apart from the monthly honorarium given to freedom fighters who went to jail fighting the British, would open a Pandora’s box.