Eyes on the pearl

Eyebrows went up in the strategic community about an enthusiastic announcement by the new Sri Lankan President Gotabaya Rajapaksa on his meeting with India’s National Security Adviser Ajit Doval, who had flown down to Colombo. Gotabaya said he had a very cordial discussion with the NSA about cooperation in national security, intelligence sharing and maritime security. The president’s office was more frank; the discussions were on strengthening military relationship, it said.

As per convention, the Indian government does not share the details of the NSA’s diplomatic and strategic outreach with different countries. Doval, who is an invitee to the cabinet committee on security, had been Prime Minister Narendra Modi’s pointsman on foreign relations during his first term, as the then external affairs minister rarely accompanied the prime minister on his foreign tours. 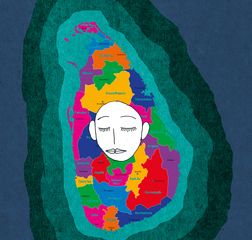 However, External Affairs Minister S. Jaishankar—being a career diplomat—has been much more active on the global stage. He visited Colombo the day after Gotabaya was sworn in. Gotabaya appointed his brother and former president Mahinda Rajapaksa as the prime minister, completing the family’s return to power in the island nation. In November, he had flown to Delhi for a meeting with Modi, and promised Sri Lanka would never take any decision that would affect India’s interests. Modi, in turn, promised all help for the development of the debt-ridden neighbour.

The Rajapaksas had led the ruthless military campaign to eliminate the Liberation Tigers of Tamil Eelam. Though Gotabaya promised to be the president for all Sri Lankans, he acknowledged that the linguistic and religious minorities in the country had not voted for him.

There are allegations of war crimes against him and the generals who ran the military during his tenure as defence secretary. Gotabaya has already moved towards closing the cases initiated by the previous Maithripala Sirisena government. The discontinuation of playing the national anthem in Tamil in national functions is seen as an assertion of his Sinhala-Buddhist identity.

New Delhi has a high stake in ensuring that the assurances given to the war-ravaged Tamil minority in northern and eastern Sri Lanka are implemented, so that the ethnic diversity is maintained within the nation. But the Rajapaksas have been critical of the move for devolution of powers. They also are perceived to have a special relationship with China, whose influence India had blunted during the Sirisena period. Doval’s visit came on the heels of the Chinese foreign minister’s declaration in Colombo that Beijing would not allow “outside influences” in Sri Lanka’s internal affairs.

Doval’s visit showed India’s earnestness to balance Chinese pressure. But critics of the Gotabaya government have the view that any military and financial aid from India would be used to strengthen the military and police; Tamils and Muslims in Sri Lanka view the forces with suspicion even now. The United States and the European Union are also keen that China does not get a bigger hold on Colombo.

If Doval’s visit was one of the moves on the regional chessboard, Mahinda’s Delhi visit in February will be another important development. Mahinda, though second in protocol to his younger brother, is the real power centre of the new government. In 2015, soon after his defeat, he had grumbled that Indian intelligence agencies had brought his opponents together—a charge denied by the Modi government. But India would be watching with caution on whether there is genuine change in the attitude of the new president and prime minister towards the big neighbour.