Shah Mahmood Qureshi’s excellent articulation is sometimes criticised as garrulousness leading to foot-in-mouth disease. The Pakistan foreign minister has admitted that the country’s power to agitate global superpowers and Islamic powers is dwindling. After a frenetic week talking to the permanent members of the United Nations Security Council, Qureshi has told his countrymen that nobody is waiting with garlands at the Security Council headquarters in New York to welcome Pakistan’s bid to reverse India’s decisions on Jammu and Kashmir.

Qureshi has warned that even traditional supporters of Pakistan, who have used their voting rights in international bodies to support Islamabad (such as China) and friendly Islamic countries (Saudi Arabia and other Gulf countries) have other considerations. The big Islamic countries, including Turkey, are aligned with the United States in various conflicts in the Middle East, including the big confrontation with Iran. The Pakistani establishment knows that they will only act if there is the right signal from Washington. 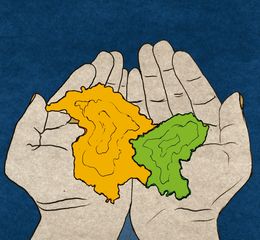 It appears India has sensed the mood of President Donald Trump despite his temperamental tweets seeming contradictory. He is focused on Pakistan’s western neighbour Afghanistan. Trump’s foreign policy has seen quirks and twists, exasperating even friends, but it is focused on withdrawal from America’s 18-year-long war in south-central Asia. The buzz in Washington is that US troops have been told to cease combat operations.

The withdrawal would have deep resonance in states considered to be the president’s strongholds. As Trump goes through these states, he is told that bringing the last soldier back from Afghanistan would be a definite vote-catcher. Trump wants Pakistan to focus on the transition in Kabul, without creating roadblocks through its proxies. If Prime Minister Imran Khan and the army generals manage the US objectives, then the dormant but once strong pro-Pakistan lobby in America would be activated. The Indian political and diplomatic establishment has worked on three successive US presidencies to dilute the Pakistani clout during the stable rule of prime ministers A.B. Vajpayee, Manmohan Singh and Narendra Modi.

Qureshi’s candidness is also because three permanent members of the Security Council—Russia, France and the United Kingdom—have been pro-India thanks to military and business links. China, which has a long and contentious but peaceful border with India, has not endorsed the move in Kashmir, especially as it claims Ladakh as part of it. But China has also not condemned the far-reaching decision. External Affairs Minister S. Jaishankar has followed Qureshi to Beijing to brief the Chinese, who are facing turmoil on the streets of Hong Kong.

But the feeling in the American government is that Modi needs to address the democratic issues in J&K. There are governments and politicians in western democracies who may not side with Pakistan, but would support calls to restore fundamental rights and allow democratic forces in Kashmir. Jeremy Corbyn, leader of the Labour Party in the UK, has called the Kashmir situation disturbing and said abuses are unacceptable. The challenge for the Indian government is to implement the spirit and word of Modi’s address to the nation and to substantiate his assessment that “only a handful of people” in Kashmir wanted the special status which was granted by Article 370. Only action at home, like winning over the Kashmiris and resumption of political activities, will help diplomacy.