For many BJP leaders and staff members working from the party’s national headquarters, it is pilgrimage time. Many of them, including spokesmen, are heading to Varanasi, both for religious and political purposes. BJP’s national general secretary Ramlal has been generous in granting official trips to Narendra Modi’s constituency, especially as the prime minister had said after filing his nomination that he would return to Varanasi only after the results are declared. But office-bearers are in constant touch with the caretaker team in Delhi to follow up on developments. The party had wanted the national office-bearers and spokespersons to handle the horde of journalists in Varanasi, but lack of strong opponents had subdued media interest. But party president Amit Shah, who contested from Gandhinagar in Gujarat, did not want too many people from Delhi as he had his own team.

In the Congress, many leaders from Delhi were intrigued by Rahul Gandhi’s selection of Wayanad as his second seat. There was tremendous curiosity about the hitherto little-known constituency, and many leaders travelled to Kerala to see Kalpetta, Sultan Bathery and other parts of the hilly region. The resorts, which had been booked for the summer tourist season, also had a good number of political tourists. The detailed campaign of Priyanka Gandhi Vadra in Wayanad also drew in Congressmen. Compared to Wayanad, Amethi did not draw too many Congress leaders. Even many BJP leaders in Kerala and from neighbouring Tamil Nadu made quick road trips to Wayanad, as Rahul was the only president of a major party contesting from the south. Among presidents of regional parties of the south, only H.D. Deve Gowda of the JD(S) has contested for Lok Sabha. Leaders of the Telugu Desam Party and the YSR Congress are vying for assembly seats in Andhra Pradesh, while the heads of the DMK, the AIADMK in Tamil Nadu and the Telangana Rashtra Samithi are all in assemblies. 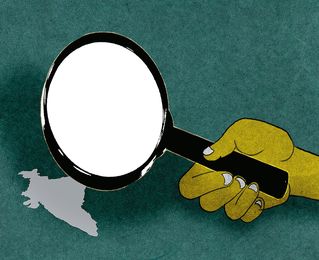 But the surprise has been Jodhpur. Congress leaders from even south and east India have been spotted in Jodhpur, where Vaibhav Gehlot, son of Rajasthan Chief Minister Ashok Gehlot, is a candidate. It is all thanks to the popularity of Gehlot Sr, who has maintained a nationwide network. Even candidates who had tough fights on their hands, like Deepender Hooda in Rohtak, made it a point to spend a day in Jodhpur. Party insiders say Gehlot, from his Youth Congress days, has nurtured friendships across generations. He has helped out candidates, at times even without them knowing.

Suresh Shetty, former Maharashtra health minister and now the party’s state treasurer, recalls an incident from the last Maharashtra assembly polls. As he was busy campaigning, Shetty got a call from a party worker. He was told that Gehlot was in a colony in his constituency that had migrants from Jodhpur. Gehlot spoke to them in their dialect, and asked them to vote for Shetty, his old friend. Shetty affectionately remonstrated that Gehlot had not given him prior notice to make arrangements, but Gehlot said, “I didn’t want to disrupt your campaign. I have done my job. Now I am on my way to the airport.” While Modi had gibed that Gehlot was so scared that he was visiting every lane to canvas for his son, Gehlot surely had help from across the country to do so.

Another constituency that drew in a large crowd was Begusarai in Bihar, where CPI candidate Kanhaiya Kumar challenged both the BJP and the mahagathbandhan. The former Jawaharlal Nehru University student leader, who successfully fought sedition charges, had captured national imagination, and actors, writers and activists supporting the liberal cause kept pouring in.