How India is uniting the global south

The global south has shown the world the middle path

When Prime Minister Narendra Modi chaired the Voice of the Global South Summit, it was a historic landmark. For the first time in modern history, we saw the leaders of the global south come together in solidarity towards determining a common future and shaping a new world order.

The world has been speaking about the development of the global south for decades. Global south was a term used by many but hardly worked towards. Global south is where three-fourths of humanity lives, but the term has been used more like a metaphor for underdevelopment. It refers to an entire history of colonialism, neo-imperialism, and differential economic and social change through which large inequalities in living standards, life expectancy, and access to resources are maintained.

The global south has faced the major brunt of modern-day challenges. It is astonishing how a handful of countries of the north dominate the whole south. Issues like climate change, terrorism, wars and conflicts were not created by us (the south) but have, in turn, affected us the most. In today’s day and age, we see the modern world unravel the solutions to these problems with less or no role of our combined voices.

India’s foreign policy, guided by our civilisational ethos of Vasudhaiva Kutumbakam, has seen the whole world as one family and the same philosophy has been exercised when it comes to our relations with the countries of the global south. During the pandemic, when nations across the world became inward-looking, India provided medical equipment and vaccines to more than 100 countries, especially in the global south.

With development projects in 78 countries, India has remained a steady partner for shared development while ensuring respect for sovereignty and territorial integrity. 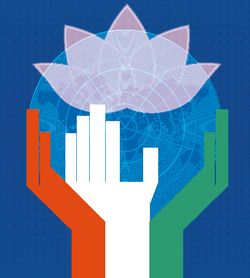 Through programmes like the International Solar Alliance, Coalition for Disaster Resilient Infrastructure, and Mission LiFE, we are furthering climate-friendly capacity building and development partnerships with friends in the global south. Our actions reflect India’s commitment in furthering a greater role of developing countries for a common future.

During the summit Modi called on the leaders of these nations to re-energise the world by voicing for a global agenda of 4Rs—respond, recognise, respect and reform. It is pertinent for our nations to respond to the priorities of the global south and recognise the principle of common but differentiated responsibilities and thereby reform the international institutions including the United Nations. Respect will be a cornerstone of this agenda as it is only when we respect sovereignty of all nations, rule of law and peaceful resolution of differences and disputes that we can ensure an equitable and democratic world that can lead to the collective well-being of mankind.

The summit, which forms an important pillar of India’s G 20 presidency, showcases India’s commitment towards development as well as crystallising the voice of the global south. Since time immemorial, the global south has shown the world the middle path—be it the decolonisation movements or the resistance towards alignment in a deeply polarised world.

India, through the Voice of the Global South Summit, is leading the cause of the developing world. We remain committed to take our friends along on this journey of shared development, equitable growth and well-being of all, and realise our vision of one earth, one family, one future.