Indians have work ethics, dutifulness, genetic smartness and a little bit of sass

In December, Europe got its third Indian-origin head of government as Leo Varadkar became the taoiseach (prime minister) for the second time in a job-sharing deal made by Ireland’s centrist coalition government. He replaced Micheál Martin after lawmakers voted to approve his nomination during a special session of the Dail, the lower house of parliament.

He joined the ‘Indian-origin European political leaders’ club, which has Rishi Sunak, who became the UK prime minister in October, and Antonio Costa, Portuguese prime minister since 2015. 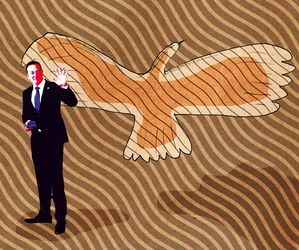 While the three leaders in Europe came up as a result of the Indian brain drain to the west, those in the Caribbean and the Indian Ocean islands are descendants of people who were forcibly taken out of India as indentured labourers.

Whatever be the reason for their migration, their Indian-ness remains the same.

India, at the moment, is at the centre of the world. The world acknowledges its cultural and intellectual pre-eminence. These roles at the international level are a reflection of the strength of nearly 140 crore Indians.

But this has been a long journey. India had thousands of years of opulence and splendour, but then came the dark period of slavery for centuries. After facing many invaders and atrocities, India has reached here today with a vibrant history. Today, those experiences are India’s biggest strength in its development journey.

After independence, we began a long journey, starting from zero, targeting the peak. This includes the efforts of all the governments that have been in power for the past 75 years. All the governments and the citizens together tried to take India forward in their own way. And today we are leading the world from the front with our G20 presidency.

But what exactly does it mean for us to have Indian-origin heads in other countries? It is definitely a matter of pride that they stand where they do despite the odds. There was a time the western world did not consider us capable of running our own country; now people of Indian-origin are running theirs.

It is not just political leadership. Major corporate heads who impact the dynamics of the world are either Indians or of Indian-origin. Be it Sundar Pichai of Google, Satya Nadella of Microsoft, Laxman Narasimhan of Starbucks or Leena Nair of Chanel. Indians running these companies does give a sense of pride and hope to all Indians.

I truly believe that Indians make the best leaders. The reason lies in our unique cultural identity. Indians have impeccable work ethic, dutifulness, genetic smartness (after all, we are the land of science), respect for the work we do, sense of wellness for others and a little bit of sass. And not only Sunak or Varadkar, but Indian Prime Minister Narendra Modi also possesses all these qualities like a true Indian.

Having these leaders helps our country take its ethics and values to the world, and opens doors for India to become the soft power that it covertly has been all this while. But now is the time for India to shine in all its glory, out in the open, and rise to the level it truly deserves.