Prime Minister Narendra Modi celebrated his 72nd birthday on September 17, and we are in the midst of the Sewa Pakhwada (roughly translated to service fortnight)—a 15-day programme to honour Modi’s birthday. It is not about blowing candles and cutting cake, but yet another drive to give back to the community.

Modi has devoted his entire life for the development of the country and service to humanity. Every privileged person should adopt Modi’s zeal and his outstanding work towards uplifting the downtrodden and weaker sections of society. As a true disciple of B.R. Ambedkar, Modi has been striving hard to make India an egalitarian society. First, as a party worker, then as a chief minister, and now as the prime minister.

Two initiatives of the Modi government that have touched the lives of those at the far end of the pyramid are the Aspirational District Programme, which aims to transform districts that have shown relatively lesser progress in key social areas, and the Adarsh Gram Yojna, which is for the development of model villages. It is Modi’s unique quality to think differently. His flawless planning and execution brought palpable changes to the lives of the poorest. Several social welfare schemes are great examples of this. Sewa Pakhwada is the most felicitous form of admiration that one can show for this great man. During the fortnight, party workers are rendering their services in various activities like organising blood donation camps and conducting free health check-up camps.

Besides, free medical implants are being given to the physically challenged at various places by party workers, and free Covid-19 booster doses are being administered to those who could not go to the vaccination centres. Under the Sewa Pakhwada, a tuberculosis patient is adopted for a year by the BJP leaders. 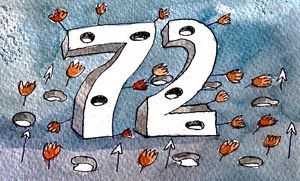 Whoever has interacted with Modi will tell you that he is quite worried about the deep-rooted corruption in our system. He knows that it is the poor who suffer the most as a result of this. Modi continues to wage a resolute battle against corruption and he ensures that the fruits of all the schemes reach the poorest of the poor. This indicates the man’s empathy for the poorest of the poor.

It is the upliftment of poor that has put India on the global map like never before. From a mere 11th position, India has climbed up to fifth position, surpassing the UK. We have all talked about the potential that India has, but we have never tapped it on ground level. That is exactly what Modi and his government aimed at, and look where we are now! The infrastructural development that has boomed throughout the country was never seen before. Be it the Central Vista, Kashi Vishwanath temple corridor, Ujjain corridor, the grandiose is there for all to see. Infrastructure speaks of development, and we have plenty of examples to prove Modi’s priorities.

The Sewa Pakhwada is being celebrated with the purest intention to honour Modi. It shows the love, admiration and respect that the karyakartas have towards him. This is a positive shift from others forms of exorbitant celebrations, and only the aura of Modi could pull this off!