A nation full of potential is now commanding its power

On August 15, while addressing the nation on the 75th Independence Day, Prime Minister Narendra Modi outlined a new ambition to make India free from all thoughts of slavery. People in India were compelled to endure mental slavery for a very long time even after the country gained freedom. But everything changed in 2014, when Modi took oath as prime minister and the blueprint for liberating the nation from this virulent mentality was penned. And now that we have entered the ‘Amrit Kaal’, it appears that the efforts undertaken have paid off.

For a country to make a pragmatic change, people’s participation, acknowledgment and support are key. With the revolutionary announcement of Pradhan Mantri Jan Dhan Yojana (PMJDY), Modi laid the foundation of financial inclusion for those at the bottom of the social pyramid. Indians recognised his efforts and realised the exigency of breaking free from the slavery mindset and made it their campaign. This also gave rise to an iconic Indian card network—Rupay—which ended the duopoly of VISA and Mastercard. Today, RuPay card services like PMJDY, Mudra and Kisan Credit Card have not only empowered the segment that remained long ignored but also seek to venture into foreign soil with the vision to revolutionise the payment industry of the world. 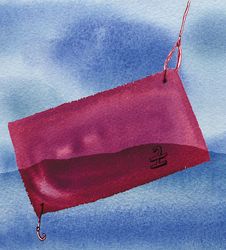 India in the last eight years has witnessed prodigious reforms in modern education, health care, urban development, social justice and economic modernisation. Being the game-changer in science and technology, it has built partnerships with other countries, as in 2017, when the Indian Space Research Organisation created a world record by successfully putting 104 satellites into orbit in a single mission. While three of the 104 were Indian, the rest were from the US, the Netherlands, Switzerland and Israel.

India further let other south Asian nations use its space science for free to enable their economic progress.

During the unprecedented crises unleashed by Covid-19, India altered the global perception and nature of humanitarian aid. While the rest of the world questioned India’s ability to handle itself, it established itself as a global pharmacy, supplying drugs to more than 150 nations as part of the Vande Bharat Mission—the largest repatriation operation in history.

India is known to be the abode of innovation and leadership. Western social scientists these days are divided over our present strength. As the environmental discourse over global warming heats up and the quest for oil leads to dictated foreign policies and determination of global dominance, India ambitiously targets to shift to renewable energy, away from fossil fuels. The Solar Rooftop Subsidy scheme and Production Linked Incentive scheme not only place the Atmanirbhar Bharat’s prospects to dominate the solar supply chain and manufacturing capacity in coming years but also highlight India’s determination and leadership as a global power.

In July 2022, India introduced Vostro account system to internationalise the Indian currency, further lowering its reliance on dollars. This would also protect our trade from the conceit and vagaries of the west and, most importantly, ease the pressure on our exchange rates.

A nation full of potential is now commanding its power. A clear-cut set of policies and initiatives carried by strong leadership with courage and conviction have unfolded the embryonic potential that lay unperceived under a few layers for decades.