The unification will alleviate the issue of paucity of funds

The unification has been well received by most stakeholders and people. It will make the civic body more powerful, thus enabling effective discharge of civic services and taking up of ambitious projects. It will also make the functioning of the agencies more transparent and allow for better citizen services. 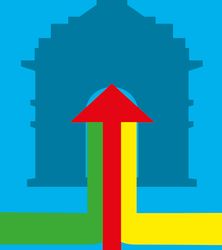 It was obvious that the move to trifurcate the Municipal Corporation of Delhi in 2012 was done more for political reasons than for efficacy. It led to a mismatch between the income and liabilities of the civic bodies. While the South Delhi Municipal Corporation enjoyed a good revenue thanks to its well-to-do citizens, the East Delhi Municipal Corporation was always falling short of revenue to do the best for its lower income group-majority citizens. The unification will enhance the significance, power and responsibilities of the mayor’s office manifold. The unified municipal body will be stronger, development projects will move faster and services will be better, with fewer bureaucratic and procedural delays.

The move has been well applauded by most of the resident welfare associations in Delhi, who are hoping for more involvement of civil society in governance. The unification will streamline the functioning of civic bodies and alleviate the issue of paucity of funds to carry out their civic responsibilities. It has been observed that the three MCDs were denied legitimate funds by the AAP government, and this obstructs them from carrying out the entrusted responsibilities. As per reports, the fifth finance commission of Delhi said the three MCDs should get Rs40,561 crore, but the Delhi government gave them less than Rs7,000 crore. At present, the three MCDs have a deficit of Rs11,000 crore.

The MCDs have worked hard to make Delhi clean and green. They have improved local governance, civic services, waste management and air quality levels. The BJP won the highest number of seats in the previous elections and it is the trust of citizens of Delhi that will bring the party back to power. The issues that stand before the MCD are timely payment of employees, uniform use of revenue collected across the city and resistance from state government to take up developmental works.

With the passage of the bill, each issue will be targeted, and it will lead to a Delhi of our dreams. In the wrestle for power between the state and the corporations, the employees of MCDs and the citizens of Delhi have suffered the most. The parties concerned about constitutionality and raising unnecessary questions toward the amendment forget that Delhi is not a complete state. The onus of its day-to-day issues pertains to the Central government. This is why the Constitution, under Article 239AA, empowers Parliament to amend or form laws on matters pertaining to Delhi. The resistance is prominent because with the unification, the state government will not be able to mislead people about the whereabouts of the allocations made by the Central government to the corporations.

Hence, political parties, instead of blowing their own trumpet, should leave it to Delhiites to decide what is best for their own interests in the municipal elections.