The case of a security lapse during Prime Minister Narendra Modi’s visit to Punjab has raised many questions about the overlap between party politics and standard protocol procedures of VVIPs. Was this a case of mismanagement or a pre-planned conspiracy?

Punjab Chief Minister Charanjit Singh Channi may be trying to pass this off as a classic case of mismanagement between state and Central security agencies, but my experience tells a different story. I was denied entry at multiple gates [in Punjab], despite being in the state for a few days. People coming to the rally from different districts of the state were denied entry to the rally spot. Videos of people tearing off posters of the prime minister on roads surfaced later. 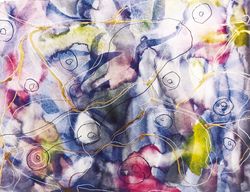 It was a clear message from the Congress government in Punjab that the BJP’s Narendra Modi is not welcome there. The plan was to sabotage the rally, deny benefits from the Central government to the people of Punjab.

Modi’s plans to lay foundation stones of development projects worth over Rs 42,750 crore, including the Delhi-Amritsar-Katra Expressway and a satellite centre of the Postgraduate Institute of Medical Education and Research, were sabotaged. Other projects included four-laning of the Amritsar-Una section, the Mukerian-Talwara broad gauge railway line, and setting up two new medical colleges at Kapurthala and Hoshiarpur.

While Modi’s convoy waited atop a flyover on the Bathinda-Ferozepur highway, it was forgotten that he is the prime minister of the largest democracy in the world. While the Congress leaders feared that Modi’s rally will have an impact on the people of Punjab, ahead of the assembly elections in the state, they forgot that the post of prime minister is much larger than conflicting party interests.

They also forgot that notwithstanding party affiliations, the Centre and the states are expected to work together in all areas. There are bound to be frictions due to conflicting political interests and rivalry for power amongst different parties. However, there is still a balance that needs to be maintained.

With politics taking a front seat in the country, it seems the federal system is cracking in the country. Regional politics is leading to misuse of power granted by the sacred Constitution of the country. A similar incident happened when the West Bengal government [in 2019] denied permission to Amit Shah’s helicopter to land in Malda, citing security concerns. This, when the West Bengal government’s helicopters landed there every week. Sure, Shah was not a Union minister back then, but the state government had no right to deny him entry.

Did Channi even think about the international image of our country before shrugging things off casually? Modi has built an envious position of our country in the world with his diplomatic skills and economic policies, and international media scouts for stories like these to malign India’s image. There was much more at stake than just sabotaging a rally.

The Central government has tried to restore this imbalance caused by the state governments in our federal polity The most recent example is the way the Centre provided aid to all the states during the pandemic. The prime minister was constantly in touch with all chief ministers and worked in close coordination with state governments without bothering which political party was in power there.

States may have powers of their own but it should not be forgotten that we are a quasi-federal government. And unlike a true federal system like the US, we have a single constitution, single citizenship, and a unified judiciary with national integration at the heart of it. Any power working against this system is no short of treason.