This is the first Women’s Day since the onslaught of Covid-19, and the one thing that the pandemic has forced us all into is technology. We have now realised that technology and data are not the ‘future’; they are the ‘present’. In its vision document titled ‘National Strategy for Artificial Intelligence’, the government has stressed that AI and emerging technologies must be actively used to bring about socioeconomic development in the country. Since we stand at the brink of a new revolution powered by emerging technologies and AI, it is important to start a conversation on how this impacts women.

At the base of AI is data―every individual is a huge data entity in today’s world. While technology is improving efficiency and reducing costs of operations, we must be aware of the biases it inherits from our historical and cultural notions. Although algorithms are not inherently biased, the data fed into these systems to perform functions or predict future are biased owing to lack of diversity in data. And, women often become victims to such biases.

There are already several examples of biases in emerging tech. Amazon found out its AI algorithm was preferring male candidates over females. Google Translate changed ‘she is a doctor’ to ‘he is a doctor’ and ‘he is a babysitter’ to ‘she is a babysitter’. AI algorithms have categorised women’s faces under ‘hair’ and ‘pretty’, and men’s faces under ‘business’ and ‘smart’. AI has also proved to be less effective in facial recognition and speech and voice recognition of women when compared with men. Even voice assistants like Google Assistant and Alexa have default female voices that perpetuate the thought of women being a default choice for subservient roles. Therefore, if historically there were fewer women engineers, then the algorithm predicts that there must be fewer women in the future, too. Feeding such data into machines will only further perpetuate gender discrimination. 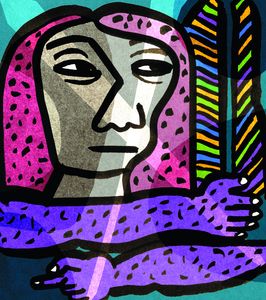 The share of women in the workforce has been constantly increasing over the years, yet they continue to be underrepresented in the technology sector. Thirty-five per cent of STEM (science, technology, engineering and mathematics) graduates worldwide are women and fewer of them continue working in STEM owing to disparity in pay.

Worldwide, women make up only 22 per cent of the total professionals involved in AI. However, India is ahead, at 24 per cent. According to a 2019 report on gender diversity in AI research, India ranks 18 among 34 countries in the “share of papers with at least one female author” and 16 in the “unique female authors” categories. Furthermore, the average penetration of AI skills in India in specific sectors like software and IT services, hardware and networking, education, finance and manufacturing is 2.6 times the global average across the same sectors.

The numbers sure look good, but equality is still no reality in AI. This is the exact reason why we need more women in STEM, emerging tech and AI―to break stereotypes and to code and reverse the systematic bias in our algorithms. The government, in its New Education Policy, has stressed on introducing schoolchildren to crucial skills such as digital literacy, coding and computational thinking through subjects on artificial intelligence and design thinking. Further, topics such as 3D machining, big data analysis and machine learning will be included in the syllabus for undergraduates to train them to be industry-ready professionals, including young women.

Even though the government has already taken up the task to bring more women into AI and emerging tech, we, being data entities ourselves, must address the discrimination soon.