As I write this column, India is driving the world’s largest vaccination programme ever performed in modern history. The two vaccines, Covishield and Covaxin, are being provided to Indians free of cost. The government has decided to provide the vaccine free of cost to health care workers and people with comorbidities. It is commendable that the Serum Institute of India is producing more than 50 million doses a month. While the western world, particularly the UK and the US, is overwhelmed even after a year, India is on a route to recovery. Cases have fallen to the lowest since June 2020. Around 1.3 billion Indians are slated to be vaccinated and our preparation is setting examples in the world.

India has trained two lakh vaccinators and 3.7 lakh people to carry out the drive on the ground. Twenty-nine thousand cold storages have been readied. The government has already vaccinated 1.04 million people. By July 2021, India is planning to vaccinate at least 300 million people, which is almost the entire population of the US. And, we would still not be done.

India has shown a stellar performance in managing the pandemic. While many developed countries are still struggling to manage case tallies and shutting down, India has already opened its markets, and the economy is slowly bouncing back. 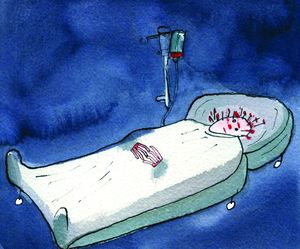 India is not only driving the vaccinating programme in the country; it is also sending help to its distressed neighbours. We have donated millions of vaccines to Bhutan, the Maldives, Brazil, the Seychelles, Bangladesh and Myanmar. Countries like Dominica, South Africa, Kenya, Nigeria, the UAE and Saudi Arabia have requested India to send the Indian-made vaccines. While Moderna and Sputnik V cost $30 and $10, respectively, our very own Covishield, prepared in Serum Institute, costs only $6.

If we go back a little, Indian opposition and international media had assessed India’s management of the pandemic to be a disaster. Ten months ago, a New York-based foreign affairs magazine predicted a ‘catastrophe for India’. Four months later, the Boston Review called the Indian government’s management of the pandemic a “humanitarian disaster”. In August 2020, the Scientific American claimed that India was in denial about the Covid-19 crisis. That Indian government was focusing on economy more than the pandemic management, it said.

The reports of Covishield being unsafe are disproved by the fact that numerous countries are requesting India to provide them with the vaccine. A look at the present condition of the UK and the US will give you a clear picture of our standing in the world.

The BBC reported 1,564 deaths in a single day in the UK. It is the biggest figure reported in Europe since the pandemic began, even more than Italy. As per CNN, hospitals in the UK look like a war zone. The situation in the US is pretty much the same. Around 24 million people have been affected in the US so far, that is more than 25 per cent of the global case tally. This, when these countries have the best medical facilities in the world. When compared with India, the ratio of hospital beds to population is rather high.

Still, at present, the situation is such that from Bill Gates to the WHO chief to the US, all are lauding India’s and Prime Minister Modi’s efforts in controlling the disease and saving humanity.