Why not ‘one nation one election’?

Prime Minister Narendra Modi spoke of ‘one nation one election’ on the eve of Constitution Day, which was also the 12th anniversary of the 26/11 Mumbai terror attacks. Simultaneous elections were the rule until 1967. But, following cessation of some legislative assemblies in 1968 and 1969, and of the Lok Sabha in December 1970, elections to state assemblies and Parliament were held independently.

A working paper that the Law Commission brought out in April 2018, after Modi re-floated the idea in 2016, said that at least “five Constitutional recommendations” would be required to begin simultaneous elections. The final decision is yet to be taken.

Currently, elections to the state assemblies and the Lok Sabha are held separately, whenever a government’s five-year term ends or whenever they are dissolved. The terms of legislative assemblies and the Lok Sabha may not coincide with one another. For instance, Bihar had elections in 2020, whereas Assam, Tamil Nadu, Puducherry, West Bengal and Kerala will go to the polls in 2021. To address the problem of premature dissolution of legislative assemblies or Parliament, the Election Commission has suggested that no-confidence motions should be made more constructive.

The ‘one nation one election’ idea will involve the restructuring of the Indian election cycle in such a manner that elections to the states and to the Centre synchronise. This would mean that the voters will cast their votes for electing members of the Lok Sabha and the state assemblies on a single day, at the same time, or in a phased manner, as the case may be.

Simultaneous elections would have numerous benefits for the nation. First and foremost, it will reduce the expenditure. The Bihar polls in 2015 cost the exchequer Rs300 crore. About Rs152 crore was spent on payment for vehicles, fuel, setting up booths, tents, barricading and printing poll documents. A major poll expenditure was on security arrangements for free and fair elections. It cost around Rs230 crore for the Madhya Pradesh government to conduct the assembly polls in 2018. 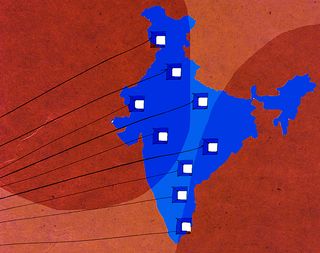 Second, it will increase the voter turnout. It is often seen that voters take Lok Sabha elections much more seriously than assembly elections and local polls. Simultaneous elections would mean a single and much more efficient voter list and the maximum population coming out to vote. Third, there would be more time and headspace for administration. If there is an election every year, it takes up a lot of time to plan and execute political campaigns. Elections all over the country once in five years would take up less energy, and allow governments to focus on development and administration for the remaining time.

There are other benefits such as curtailment of harmful effects of vote bank appeasement. With elections around the corner, most political parties resort to gimmicks to win voters or destroy the reputation of other parties.

There are certain arguments against ‘one nation one election’: national and state issues being different; lack of consensus among national and regional parties; the need to cut short or extend the terms of certain state governments; violation of constitutional provisions; negation of democracy by trivialising regional issues; and the likelihood of politicians becoming complacent. Another concern is that holding simultaneous elections will affect the judgment of voters. This seems to underestimate the intellect of the voters. Indian voters have time and again proved that they vote sensibly and are not fooled by false promises anymore. The Bihar election result is a live example of this. Here is hoping that this noble idea will be realised in 2024.