Why stop the CBI?

The Central Bureau of Investigation (CBI) has always been perceived as an extremely effective agency, which is entrusted with significant probes into corruption and moral turpitude. After the Uddhav Thackeray government in Maharashtra withdrew general consent for the CBI to probe cases in the state, now the Punjab and Kerala governments have proposed to follow suit. Curiously, the Kerala government’s proposal comes after the CBI started probing the alleged irregularities in its Life Mission project. It is therefore evident that the Kerala and Punjab governments’ efforts have more to do with protecting the treasure troves of the mafias in the states, and less with any purported commitments to Indian federalism.

The CBI derives its powers from the Delhi Special Police Establishment Act, 1946. The procedure of granting general consent is governed by section 6 of the Act, which prohibits an investigation by the CBI unless the concerned state consents to it. Once general consent is accorded by a state, there exists no need for the CBI to approach the state government on an ad-hoc basis for further permissions for investigations. Unfortunately, this section has been turned into a political weapon by various state governments. They use it to stop the CBI from unearthing potential scams under their watch.

Though there has been much clamour surrounding the need to empower the CBI with a pan-India jurisdiction, a statutory void prevents the same. The L.P. Singh Committee of 1978 recommended that a comprehensive legislation be drafted to remove the deficiency of not having a Central investigative agency with a self-sufficient statutory charter of duties and functions. Further, during the trial of Coalgate scam, the Supreme Court castigated UPA-II for having failed to ensure functional autonomy for the CBI—something that had previously been echoed by the Second Administrative Reforms Commission (2007). 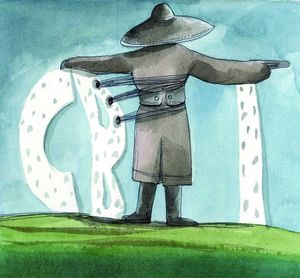 The CBI, in its current form, is impeded by the requirement of needing state-wise consents to investigate any crime in states other than Delhi. The obvious reason for this scheme appears to lie in our Constitution, where “policing powers” have been reserved for the states. A notable exception to this rule is if the Supreme Court directly transfers an ongoing investigation to the CBI, such as what happened in the recent Sushant Singh Rajput case.

India’s experiment with the National Investigation Agency could be encouraging for the CBI. Much like the CBI, the NIA is a Central investigative agency. But unlike the CBI, the NIA has nationwide jurisdiction to function as a counterterrorist task force. The Congress-led Chhattisgarh government moved the Supreme Court earlier this year to declare the NIA unconstitutional for violating India’s federal structure. The irony is that the Congress-led UPA enacted the NIA Act, in the wake of the 26/11 Mumbai attacks.

With the CBI spreading its tentacles around corrupt governments, the supposed need “to protect India’s federal structure” is being reinvigorated by the same governments. Such arguments have been consistently shot down by the courts when they have authorised central agencies to investigate “transnational” crimes having ramifications on India’s sovereignty, security and integrity. Could it be said that the burgeoning corrupt enterprise in states like Kerala does not have transnational repercussions? If the answer to this question is in the affirmative, then the CBI should not be denied entry under the guise of protecting federalism.