The agitation against the new laws allowing farmers to market their produce outside the agriculture produce market committee (APMC) mandis is odd. The idea of unrestricted agricultural market access to corporates is the brainchild of the UPA government. The new laws are nothing but implementation of recommendations in the third report of the National Commission on Farmers, chaired by M.S. Swaminathan, in 2006. The commission found that there was a need for private mandis, and marketing linkages should be established through contract farming.

The commission had recommended that the minimum support price (MSP) shall be at least 50 per cent higher than the average production cost. While finalising the National Policy for Farmers, the UPA did not accept this recommendation. However, the Modi government declared in the Union  budget 2018-2019 that MSP shall be at least one and a half times over the cost of production, thereby increasing farmers’ income. Even a high-level committee of chief ministers—including chief ministers of non-BJP-ruled states of Madhya Pradesh and Punjab—had suggested limiting the powers of APMC, and using market reforms and the Contract Farming Act to ensure corporate sector participation to further facilitate export-oriented production. These were the basis for the farm reform bills to get passed in Parliament. A classic case of the Congress proposes, Modi disposes.

The Modi government has always been a torchbearer of farmer-first approach. However, even with an increase in MSP (minimum of 50 per cent and maximum of 150 per cent) during Modi regime, smaller farmers in some states are unable to get MSP from the middlemen. And, they are forced to sell their produce at meagre prices because of hooliganism and local political influence. As per a NITI Aayog report, less than 30 per cent of the farmers had received MSP for their produce in 2017-2018. 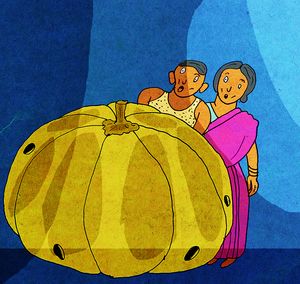 Neither the producer, nor the retailer, nor the customer reaps the benefits of MSP. Instead, the middlemen end up gaining a major chunk, which has a snowball effect forcing the farmers to take loans from the middlemen or from banks. Many farmers could not repay their loans, fell into debt trap and committed suicide. Harassment of farmers was part of the system.

Contrary to the opposition’s claims, APMCs and MSP are still very much in place, and will continue to run in the new system. However, only the farmer can decide whether he wants to sell directly to the retailer or enter into a contract with a buyer. But, if we analyse the opposition’s moves in the past two years, we see a pattern of using social media and paid media to spread misinformation to malign the Union government.

Only the middlemen of the APMC mandis and the local goons backed by political parties will gain from the current protests. Punjab and Haryana are the epicentres of the protests and it is not hard to understand why. As states are not permitted to levy market fee/cess outside APMC areas under the new laws, Punjab and Haryana could lose an estimated Rs3,500 crore and Rs1,600 crore, respectively, each year.

Agricultural system in India is used to the APMC system, hence some resistance is expected. The only way to stop these protests is to educate the farmers. If the farmers understand the actual law, rather than believing rumours, their grievances will wither away. Government representatives should conduct more seminars to educate the farmers about positive effects of the new laws. The new system will create a prosperous and exploitation-free agricultural sector.