India has banned 118 more Chinese apps, dealing another blow to China’s earnings from the huge Indian market. These apps not only are profitable to the Chinese tech companies, but also pose serious issues of questionable collection of personal data of users.

In response, China said that India’s ‘discriminatory’ measures violate World Trade Organization’s rules, and it urged India to correct its “wrong practices”. This a sign that every single step taken by the government of India affects China. 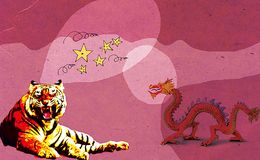 Prime Minister Narendra Modi’s strategy to jeopardise the enemy, by cutting off its financial backing, has been successful and has already left Beijing sweating. The change in India’s FDI policy in May 2020, to specifically filter out Chinese investments through automatic route, kept a check on China’s domination in the Indian market. Based in a communist country, most Chinese companies have a political backing, and they have larger agendas than just profit-making. Capping FDI on Chinese companies saved the pandemic-battered Indian market from Chinese domination. The move was followed by banning 59 Chinese apps, and propagation of the Atmanirbhar Bharat campaign by the prime minister.

Approximately 14 per cent of India’s imports, amounting to billions of dollars, come from China. As per Acuite Ratings & Research, India can substitute 25 per cent of these imports by locally made products in sectors such as chemicals, automotive components, bicycle parts, agro-based items, handicrafts, drug formulations, cosmetics, consumer electronics and leather-based goods. This, without any additional investment in infrastructure.

Xi Jinping sees India as an enemy, and his key foreign policy objective is to reduce India’s role, growth and presence on the international platform. It is also visible that China does not care for its international image. After a successful informal meeting of the two leaders in Mamallapuram last year, the Galwan Valley incursion is nothing short of a betrayal. China wants to wage a war against India on one hand and continue trade on another, but it will have to decide on its choices.

India’s ban on apps and restriction on Chinese investment have led to similar demands in many European countries. Germany has already suspended an automatic route for Chinese investment. Japan, Malaysia and Australia have plans to divert their trade relations from China. The UK passed a new citizenship law for residents of Hong Kong, thereby making it easier for them to get British citizenship. Australia is on its way to formulating a similar law.

With strong support from the US and other global players, and strengthening of the MSMEs, toy, leather and automobile industries, India is capable of becoming self-reliant, and, more importantly, free from depending on China.

If the strategies were not working, the Chinese defence minister, General Wei Fenghe, would not have insisted on meeting his Indian counterpart thrice in the last 80 days. China’s attempt to change the status quo on the southern bank of Pangong Tso, even as military-level talks are under way, is a clear violation of agreements and will not be tolerated at any cost.

Maintaining a peaceful yet firm relation with a neighbour as aggressive as China is like walking a tightrope, yet the tiger is tackling the dragon remarkably well. How can we trust the Chinese who are ‘seeking peace’, when in reality they are working to get a piece of Nepal, Bhutan, Taiwan, Vietnam, Malaysia, Singapore, Pakistan, India, Bhutan and further more!