The proposal by the Union government to induct civilians into the Army for a three-year tenure is truly a game-changer and a far-sighted one. However, it requires detailed analysis and deliberation.

The idea certainly aims at overcoming deficiencies at various ranks. Thus augmentation of depleted manpower would be possible. In addition, this would attract more youth to join the Army, so that it becomes a young, lean, mean and efficient fighting force. In the Kargil conflict, officers and jawans with less than three years of service showed exemplary maturity and commitment, not hesitating to even sacrifice themselves for the country. Also, reduction in defence pensions, which make up around 30 per cent of the defence budget, could be a factor behind the implementation of short-term induction. 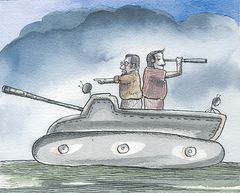 Though some western countries have a concept of short-term induction, comparing India with them would be unfair because of the magnitude of challenges faced by India on multiple fronts—the most volatile being the dragon factor and the terrorist sanctuary of Pakistan. Nevertheless, countries like Israel have proved that three years of military service is an adequate period, both for individual grooming and for the force to genuinely benefit from the jawan’s or officer’s services.

However, there are a few key factors to consider. The line of work for three-year commissions should initially be towards support and logistic services. It would be wise to not put them in the infantry, artillery or armoured units. The respect that an officer commands from his men would be greatly affected when it is known that he is going to leave them soon. In field areas, terrorist-infested areas and insurgency-prone areas, it takes a long time for a soldier to really get a feel of the terrain, understand the enemy, carry out analysis of threats, get used to daily life and the frequent gunshots.

Three years is too small a period for someone new to make a significant contribution to service and to keep the morale of his men high. Moreover, his objectives may be short-sighted and his focus may be more on self (to come out safe and sound in three years) rather than on the critical objective to be established in the line of duty.

Thus, it would be ideal for the Army to take in three-year recruits, train them in support services, groom them well, identify the exceptional ones and offer them a three-year extension. They can then be routed to the fighting units, and the soldier who is now well-settled into the ethos of the Army, in addition to his basic field work experience, will be able to contribute to the Army in a more significant manner. The best among them may be offered an option of another three-year extension, after which the most suitable soldiers can be offered a permanent commission. This would ensure that soldiers first get a solid grounding in the Army for a couple of years and those who choose to stay on will remain in the Army purely owing to passion and professional excellence and hence will go beyond the call of duty.

Young friends, spend at least three years in the Army and you will keep winning for the rest of your life.