The maintenance and updating of the National Population Register, an initiative of the UPA government, conducted under the provisions of the Citizenship Act, 1955, and the Citizenship (Registration of Citizens and issue of National Identity Cards) Rules, 2003, and passed in 2008-2009, has been approved by the Narendra Modi government. It is a mandatory prelude to the census data collection for 2021. The questions arising are illogical to say the least.

The history of the census of India can be traced back to 1865 when the British government first took up this difficult task of collecting data about the demographics of the citizens of British India. They faced various problems, from numberless housing in hamlets to threat from wild animals in tribal areas. The first census of India was released in the year 1871. However, the first census of independent India was issued in 1951. At the time, the national population was only 36 crore. 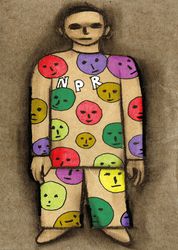 The present census data collection will commence in April 2020. However, the NPR and the census are different. The NPR process collects demographic and biometric particulars of individuals. And the processes involves door-to-door enumeration. But, the NPR differs from the census in the sense that its objective is to have a comprehensive identity database of those residing in India. The census does not identify individuals.

However, in the 2021 census, this distinction may no longer exist as the government is said to be planning to conduct it through a mobile phone application. The introduction of data collection through mobiles is a big win for the government’s Digital India initiative, as it curbs a humongous problem of generating and maintaining hard copies of data. Misinformation in hard copies of data prevailed before the digital system was set up.

Moreover, the census data is maintained centrally by the Registrar General of India. And, once the NPR data are recorded and ready, these details would be maintained in a population register at levels of village or ward, tehsil or taluk (sub-district), district and state. Together, they will constitute the National Population Register, with all data at the central level.

Aadhaar becomes an important tool in the NPR process as the data is to be collected through a mobile application. Those with Aadhaar need not give their biometric details during the NPR exercise. The NPR data was to be matched with Aadhaar data for de-duplication. But the final formula gave NPR an upper hand. It was agreed that in case of discrepancy between Aadhaar and NPR data, NPR would prevail.

There have been rumours about NPR being a prelude to NRIC as its timing has clashed with the much talked about Citizenship Amendment Act. False news is being spread about the NRIC. Blatant lies are being spread by the ones earlier defending the same. NPR was also updated in 2015. I am shocked and dismayed by such acts of deception. Former prime minister Manmohan Singh and former home minister P. Chidambaram had sanctioned crores of rupees for this exercise during their regime. Their duplicitous stand regarding the NRC and the CAA shows their desperation to pull down the Modi government. It is important to ask the opposition party how following the general proceedings as per the law is against the secular fabric of the nation. The fear instilled in Muslims by the opposition party is worth condemning.

During World War II, when persecuted Jews were offered citizenship by some countries, was a similar offer made to other religious communities or was it against Christians? Let the writ of logic and reason run.