After a long battle, Ireland finally legalised abortions. The verdict came after the infamous case of Savitha Halappanavar, who died after doctors refused to perform an abortion, even though she had complications. The doctors tried to prevent a miscarriage and were waiting for the natural outcome. So her condition worsened. The heartbeat of the foetus was strong. This prevented the doctors from performing an abortion.

The decriminalisation of abortions is a historic win not only for women’s rights but also for human rights. Giving birth and taking care of a child is a huge responsibility for parents in general and mothers in particular. Thus, the interference of governments is more of a violation of privacy than regulation of society.

India also has strict laws relating to abortions. Section 3(2)(b) restricts the length of pregnancy termination period to 20 weeks, and it requires two medical practitioners to confirm that continuance of pregnancy would subject the foetus, or the mother, to considerable risk. It is applicable in case of pregnancies exceeding 12 weeks, but not 20 weeks. Another section, 3(2)(a), requires that in case of pregnancies not exceeding 12 weeks, abortion can be performed only if a medical practitioner forms an opinion that continuance of pregnancy would endanger the mother or the foetus’s life.

There was this incident of denial of termination of pregnancy by the Supreme Court, after a 19-year-old mentally challenged orphan girl in Chandigarh was raped by a security guard. The girl’s pregnancy was detected in May 2009. A four-doctor multi-disciplinary board, with one psychiatrist, recommended that although she is physically fit, the continuation of pregnancy can endanger her mental health. The High Court of Punjab and Haryana, on these recommendations, ordered medical termination of her pregnancy. The NGO appealed against this order, and the Supreme Court ordered the girl to continue with the pregnancy. Such laws lead to unsafe abortions by women, putting their lives in danger. 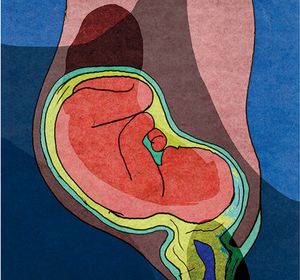 According to the data provided by WHO, every year, between 4.7 to 13.2 per cent of maternal deaths can be attributed to unsafe abortion, and around 25 million unsafe abortions were estimated to have taken place worldwide each year—almost all in developing countries.

The government, on August 2, 2019, told the Delhi High Court in an affidavit that it was working on a draft legislation to amend the Medical Termination of Pregnancy Act, 1971. The bill had been sent for inter-ministerial consultation. The High Court was informed by the government that is it working on a draft legislation to amend the MTP Act, 1971. This came into being after activist Amit Sahnu filed a petition pressing the government to amend the existing laws. The demands include increasing the safe period for legal abortions from 20 weeks to 24-26 weeks in a scenario of risk to the wellbeing of the mother and the foetus.

The right to abortion must be seen as an extension to the reproductive rights as well as human rights. In a suo motu PIL filed in Bombay High Court, the court used the pro-choice perspective and ruled that the life of an unborn foetus cannot be given more importance than the life of the woman. The ruling that the unborn foetus is not entitled to human rights establishes that women’s rights, which include reproductive rights, are the mainstream part of human rights.