‘Rahul Gandhi tried to create a Bofors out of Rafale deal’

The Rafale deal is a classic example of how a lie can be used as an expedient of political one-upmanship. Rahul, in his desperation, has turned lying into a fine art. With his compulsive addiction to lying, Rahul tried to create a Bofors out of the Rafale deal. 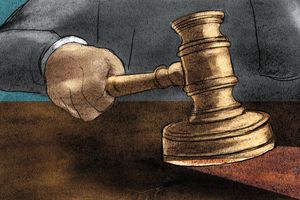 Just in order to refresh things, I must mention that the government of India, following long negotiations between April 2015 and September 2016 entered into an inter-governmental agreement with the French government to purchase 36 Rafale aircraft from the French firm, Dassault Aviation, at a cost of €7.87 billion. The deal was struck after scrapping a long tendering process initiated in 2007 by the UPA government, which they could not finalise. The deal, finalised between the two governments, has been one of the most transparent and probably the most fiercely negotiated deal in the history of Indian defence acquisitions.

However, the compulsive dissenters and rejectionists, like the Congress, had a problem even with such a clean deal. Citing allegations of corruption in the deal, a group of politicians and activists moved the Supreme Court to institute an FIR into the deal. However, the apex court dismissed the bunch of petitions challenging the deal with the observation that the court found no basis to “really doubt the decision-making process” in the acquisition of Rafale jets.

Subsequently, the cabal of dissenters, in view of some secret stolen documents of the MoD published in a newspaper, approached the apex court seeking a review of the decision, citing them as a fresh piece of evidence. The government of India opposed it in the apex court, citing that the defence ministry’s secret documents enjoyed the protection of the Official Secrets Act. However, the apex court, on April 10, rejected the government’s argument and ruled those documents as admissible piece of evidence before the court and, thus, it agreed to look into its December 14 judgment. So, that is it.

However, to the amusement of everyone, Rahul not only distorted this judgment but also imputed his own words to the Supreme Court to mean that it had admitted that some sort of corruption had happened in the Rafale deal. This illogical and mischievous inference constitutes a clear case of misrepresentation of the apex court’s judgment with the intention to drag it into the electoral battle for political advantages.

In the State of Haryana v. Ch. Bhajanlal, the Supreme Court had observed, “it is incumbent upon courts of justice to preserve their proceedings from being misrepresented, for prejudicing the mind of the people against persons concerned as parties in causes before the cause is finally heard, has pernicious consequences. Speech or writings misrepresenting the proceedings of the court of prejudicing the public for or against a party or involving reflections on parties to a proceeding amount to contempt.” Rahul’s words were in clear violation of the legal premises defined by the Contempt of Courts Act, 1971, and the subsequent judgments of the courts on it. Hence, I filed a case of criminal contempt against him in the Supreme Court.

The contempt proceedings puncture his ill-thought strategy to use lie as a political weapon to help him win elections.