India in no mood to forgive

Those whom the gods wish to destroy, he drives [them] mad.” In the current situation, nothing more appropriate comes to my mind than this golden line by Leo Tolstoy from the classic War and Peace. 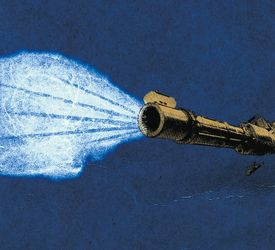 The Pulwama incident has rightly aroused an unprecedented anger in the nation against its perpetrators who sit across the border in the safe havens of Pakistan and, with whom they share an umbilical relation for sustenance. As per their self-admission, Jaish-e-Mohammad has taken the responsibility for this attack. Jaish, a Pakistan-based Deobandi-jihadist terrorist group that works under the leadership of Maulana Masood Azhar, was created by the Inter-Services Intelligence of Pakistan after that country employed jihad in Kashmir as a legitimate part of its foreign policy in the 1990s. Since then, the organisation has changed several names to escape national and international sanctions.

The involvement of a local youth from Pulwama, who volunteered to become a suicide bomber, points to the degree and extent to which Jaish has been able to penetrate into Kashmir and subvert some of its local youths. Such impressionable young people have been made to believe in the madness that killing themselves for terrorist causes would send them to paradise. I wish someone had taken to them the saner voices from their own community, such as that of Mohammad Tawhidi, the Iranian-Australian Imam who warned long ago to such misguided young people when he said, “If suicide bombing was a shortcut to paradise, whoever convinced you would have blown himself up before you.”

That is the real problem of militancy in Kashmir. The young people, who are recruited into such organisations as foot-soldiers of terrorism, are brainwashed into believing that terrorising and killing people happen to be the religiously-sanctioned obligations, ensuring them best rewards in the afterlife. Such acts by the subverted young people cause nothing but death and destruction, besides engendering a trail of sufferings for their family members. I wish they could hear the Dalai Lama who once said, “The purpose of religion is to control yourself, not to criticise others.”

The nation is, and rightly so, seething in a collective anger for revenge against Pakistan, which is the proven promoter, sustainer and nourisher of the terrorist organisations operating against India. Like always, Pakistan is in the denial mode, but this time India is in no mood to forgive. This government shares the collective anger of the nation and is committed to take all possible actions needed to get back at the perpetrators of Pulwama and to redeem the collective dignity of the people and the nation.

Being the land of the Buddha, Ashoka and Gandhi, India has always believed in peace and made it a part of its foreign policy. However, while dealing with the rogue state of Pakistan, it is widely being felt that peace has been given enough chances. The ‘New India’ does not want Pakistan to treat our past overtures of peace as a subterfuge for weakness.