For Netaji, the supreme ideal was Hindu-Muslim unity

Inaugurating the statue of Netaji Subhas Chandra Bose at the India Gate on September 8, the prime minister bemoaned that independent India “forgot its hero”, and that it is only now that Bose’s “vision” had been brought to the fore and governance has begun to “bear the impression of Netaji’s ideals”.

Such a travesty of truth cannot be left to go unchallenged. For Netaji, the supreme ideal was Hindu-Muslim unity, indeed the unity of Indians of all religions. His closest companions included Abid Hasan, the only one chosen to accompany Bose on his dangerous submarine journey from Kiel in Germany to a rendezvous point more than a hundred days later with a Japanese vessel off the coast of Madagascar. Does the prime minister have any Muslim as close to him as Netaji did? 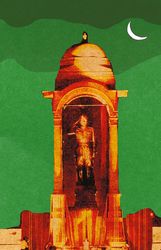 Netaji called his army of liberation the Azad Hind Fauj, not the Bharatiya Swatantrata Sena. Should not Modi have reminded his audience that the Provisional Government of Free India was named the Arzi Hukumat-e Azad Hind (not Mukt Bharat Anantim Sarkar) in recognition of the composite civilisation that was India’s proud heritage? Does Modi accept Urdu on the same level as Hindi?

While invoking the “brave” Netaji, should not Modi have lauded Major General Mohammad Zaman Kiani who commanded the first division that liberated Moirang in Manipur? And Colonel Shaukat Malik who first raised the tricolour on liberated Indian soil? Or Colonel Inayat Jan Kiani who commanded the Gandhi brigade that overran Palel airfield in Manipur? Modi has, however, told former vice president M. Hamid Ansari that it does not “suit me politically” to mention any good he may have done to Muslims. As for Colonel Habibur Rahman, deputy chief of staff handpicked to travel with Bose on his last journey, should not Modi have acknowledged this in claiming accord with Bose’s “vision” and acting in accordance with Bose’s “ideals”? Had Bose’s statue been able to talk back, it would have reprimanded Modi for driving not just a wedge but an entire rift valley between Hindu and Muslim by denigrating the Ganga-Jamuni culture that united the majority community to its largest minority.

The statue would also have reminded Modi that Netaji selected Colonel Cyril John Stracey, an Anglo-Indian Christian officer of the British Indian army, as his quarter master general, and entrusted him with the task of building a memorial to the martyrs of the Azad Hind Fauj on Singapore’s shores. Unlike our present prime minister, Netaji’s “vision” embraced all the communities of India. He made no distinction of religion among his followers. He never talked of “love jihad” and hijabs in classrooms. And until Modi realises this, he forfeits the right to talk of Netaji’s “ideals”.

When Netaji escaped from British surveillance in 1941, he was accompanied all the way to Peshawar by a trusted aide, Mian Akbar Shah. Does Modi have any trusted Muslim aide? In Peshawar, Netaji’s principal lieutenant, Abad Khan, found a Muslim Pathan, Mohammad Shah, to accompany Netaji to Kabul. Unfortunately, the final decision was to have a Hindu, Bhagat Ram Talwar, charged with this task. Talwar turned out to be a British spy code-named ‘Silver’ and so betrayed his companions that Abad Khan was tortured brutally in Lahore Fort and not released till after the war ended; and Mohammad Shah spent two years in hard labour incarceration. Should not Modi have mentioned that it was a Hindu who betrayed Netaji and numberless Muslims who faithfully served him—and paid heavily but readily for their acts. And why has Modi not followed his predecessors’ example of paying obeisance to Netaji’s ashes at Renkoji shrine in Tokyo?

And should Modi not have reminded his audience that it was Gandhiji who described Netaji as the “Prince of Patriots”? Is there any tribute Modi can pay that outshines the Mahatma’s?