In his interview to The Indian Express (August 14, 2022), Kerala Governor Arif Mohammad Khan has once again lashed out at Rajiv Gandhi, telling the interviewer that “all these issues”—Shah Bano and The Satanic Verses—“were dealt with not on merit but purely to build sectional vote banks”. I am astonished that he has brushed under the carpet Rajiv Gandhi’s response to the charge that his action on Shah Bano was driven by “vote bank” politics. Whose vote was he securing, he had asked. According to Khan and his curious comrades-in-arms, all women of all religions, including Muslim women—that is half the electorate— thoroughly disapproved. Moreover, according to Khan & Co., all non-Muslim men and modern-minded Muslim gentlemen joined their sisters of all religions in condemning Rajiv Gandhi. That totals over 98 per cent of the voters, leaving but a few Muslim clerics and a handful of Muslim “reactionaries” in the Congress camp. How does that amount to a “vote bank”?

Moreover, Khan knows—and perhaps contributed to—the writ petition filed before the Supreme Court by a renowned jurist, Danial Latifi (leftist, but a nominal Muslim) in September 1986, within three months of Rajiv Gandhi securing the passage of the Muslim Women (Protection of Rights on Divorce) Act, 1986. The petition challenged the constitutional validity of the act and incorporated arguments that Khan and others had been making in Parliament and outside. Khan must, therefore, know the outcome of that writ petition, namely, the Supreme Court judgment of 2001. 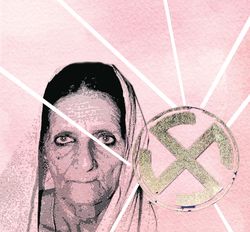 After carefully considering in detail the viewpoint put in the writ petition, the Supreme Court held “that the Act actually and in reality codifies what was stated in the Shah Bano case”. In other words, the SC rejected the allegation that the act “reversed” its 1985 judgment. What it actually did was incorporate into the civil law of the country the thrust of Muslim personal law on divorce. That, of course, is why the act promoted by Rajiv Gandhi has not been repealed by any successor Central government to Rajiv Gandhi’s, including the three BJP governments of Atal Bihari Vajpayee and the current government of Hindu Hriday Samrat, Narendra Modi.

The Supreme Court also determined that far from having mitigated or reduced the rights of Muslim women on divorce, “the Act of 1986 had, as a matter of fact, added to and augmented these rights through that legislation”.

Moreover, on the critical point of the allegation that the 1986 act violated three crucial constitutional rights of Shah Bano, the Supreme Court held that the “provisions of the Act do not offend Articles 14, 15 and 21 of the Constitution of India”. Article 14 relates to “equality before law”. The 2001 SC judgment held that the 1986 act did not “deny to any person equality before the law or the equal protection of the law”. This constitutional right was, in fact, reaffirmed by the 1986 act and applied to all Muslim women on divorce.

Further, neither Shah Bano nor any other Muslim woman suffered any violation of the “prohibition of discrimination on grounds of religion” guaranteed under Article 15. The right to maintenance was now incorporated in the civil law of the country, was justiciable in the courts of the land and would be enforced by the arm of the law.

Finally, there was no infraction by the 1986 act of the assurance of “protection of life and personal liberty”, for Shah Bano or any other Muslim woman, provided as a fundamental right under Article 21.

Why then does Governor Khan continue with his vicious propaganda against an assassinated prime minister who cannot answer back?