Mani Shankar Aiyar on lesson for India from Ukraine impasse

As the Russian invasion of Ukraine edges towards its fourth month, we are reminded that since the Cold War, neither superpower has been able to subdue smaller countries despite determinedly seeking to do so. Of course, there are minor exceptions to this broad thesis, such as the Dominican Republic and Granada in the case of the US, and Chechnya and Georgia, in the case of the Russian Federation. But, on a larger historical scale, the world order seems to have entered a new phase of history where the militarily weak have largely prevailed over the much stronger and overwhelmingly better armed. Regime change, a favourite neo-colonial gambit, has mostly failed and, when it has not, proved neither stable nor durable.

Thus, to take the example of the US first: notwithstanding the Monroe Doctrine of 1812 that remains the bulwark of US foreign policy holding that the Americas must be kept immune from non-hemispheric influences, for the past six decades, since January 1959 when Fidel Castro overthrew the US puppet-dictator Fulgencio Batista, tiny Cuba has cocked a snook at the mighty US, just 80 miles off the coast of Florida. Since then, Latin America has seen regimes unfavourable to the US hegemon, standing up to foreign interference and worse: Daniel Ortega’s Nicaragua; Venezuela before and after Hugo Chavez: Salvador Allende’s Chile and then post-Pinochet Chile: Evo Morales’s Bolivia; and now Colombia, which has reverted to the Left. 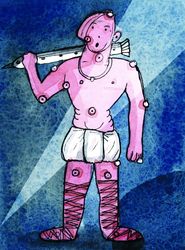 The US reverses abroad have been even more dramatic. They fought in Vietnam for the best part of two decades (1956-1975) first through surrogates like Ngo Dinh Diem and then directly with the Viet Cong (VC) and the North Vietnam army, but, at the end, left with their tails behind their legs. For as the American critic Mary MacCarthy remarked, “VC say, ‘Yankee, go home’ but we can’t say ‘VC go home’ because Charlie’s home already!” Elsewhere in Indo-China, both in Laos and Cambodia, the US could not long stave off the nationalist regimes disguised as “communists”. Following failed or near-failed attempts at invasion and regime change in Iran (1953 and 1980), Lebanon, Syria, Yemen and notoriously Iraq (1991 and 2003), in Afghanistan, as one wit put it, it took 20 years, trillions of dollars, thousands of deaths and four Presidents to replace the Taliban with the Taliban.

As for the USSR/Russia, while rebellion in East Germany (1953) was crushed in a day, in Hungary (1956) in a week, and in Czechoslovakia (1968) in a month, eventually the mighty Soviet empire crumbled from the Baltic to the Black Sea and across Central Asia. True, they have hung on to Chechnya and Georgia, but that is the equivalent of the Dominican Republic and Granada. Basically, the eastern superpower has learned (or ought to have learned) that in the current age, arms superiority cannot defeat nationalism as the supreme manifestation of national interest.

The Chinese, too, taught the Soviet Union a lesson in 1969-70 when they fought on the Ussuri River, and then China learned its own lesson when it tried, and miserably failed, to militarily take over Vietnam in 1979.

What is the lesson for India in this? That it is only a sense of belonging and wanting to belong to the nation, shared by all communities across the board, that will keep us secure. China may nibble and Pakistan may make forays but if our identity as Indians holds, that is our greatest strength.But a majoritarianism that is revanchist and xenophobic cannot survive long pitting community against community; language against language; caste against caste; race against race; and region against region. If the “centre does not hold”, we become an easy target for others.