One of the more curious episodes in my life occurred at the end of 1997, when I quit the Congress to join Mamata Banerjee’s Trinamool Congress. She professed great admiration for Rajiv Gandhi and invited me into her party on the argument, “Everyone in Bengal knows you as Rajiv Gandhi’s shadow.” I agreed because I found Mamata determinedly secular, and a great favourite of Kolkata’s Muslim minority.

Indeed, her only ideological moorings appeared to be in viscerally hating the Communists. To defeat them, she had no compunctions in rising on the shoulders of the BJP. So, I left her within three weeks. Mamata then did what she had assured me she would not do—join a BJP-led coalition government in Delhi. She has since been betrayed by her BJP patrons. 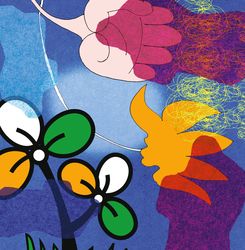 She has prevailed, but, with both the Congress and the Marxists out of the reckoning, the BJP has replaced the CPI(M) as her favourite hate object. She also believes that the thrashing she gave the BJP in the West Bengal assembly election makes her the fulcrum around which the national opposition should revolve.

What stands in the way of her ambitions is the Indian National Congress and the Nehru-Gandhi family.

Mamata does not have a seat outside Bengal; nor Navin Patnaik outside Odisha; Nitish Kumar does not have a seat beyond Bihar; the same goes for Akhilesh Yadav and Mayawati (with insignificant variations); even Sharad Pawar is locked into Maharashtra; and in the south, Jagan Mohan Reddy is confined to Andhra Pradesh, K. Chandrasekhar Rao to Telangana and the Dravidian parties to Tamil Nadu.

So, while it may be taken for granted that all these state parties, led mostly by former Congressmen, will come together to form a coalition government at the Centre, as they did in 2004, if they form a non-BJP, non-Congress alliance, they will never get the required numbers. That being the existential reality, it would be best to postpone till May 2024 the currently irrelevant question of who will take over the reins from Narendra Modi were he to be worsted.

That is why, through this column and other writings, I have been urging the Congress to “stoop to conquer”, that is, to ignore the question of who will lead the alliance till the votes are in and concentrate instead on patiently building these state parties into a national coalition, as Sonia Gandhi did in 2004. The Congress has not listened.

And so, Mamata feels she must declare her candidacy and lead the national coalition to victory as she has so successfully done in her state. She is thus making the same mistake as the Congress. Let the leadership be decided, as in 2004, after the elections.

Let the immediate task be to make seat adjustments that would pit, as far as possible, a single opposition candidate against the BJP in every seat. Then, even if the BJP retains its 37 per cent vote, it would be smashed by the countervailing vote of 63 per cent—and the nation would be saved! Surely that matters more than stroking bruised egos.