Priyanka makes a mark with promise of 40% tickets to women: Mani Shankar Aiyar

By announcing that 40 per cent of Congress tickets for the Uttar Pradesh polls will be reserved for women, Priyanka Gandhi Vadra has brought revolutionary change into the parameters of the electoral game. But where is she going to find so many electable women?

This was exactly the question posed to her father, Rajiv Gandhi, when he proposed 30 per cent reservation for women in panchayats and urban local bodies back in 1989. Where, asked Bhajan Lal, the minister in charge of the project, in some despair, are we going to find so many women to enter public life, speak into microphones and knock on anonymous doors to ask the men to vote for Mira rather than Rita? It was the women themselves who provided the answer. 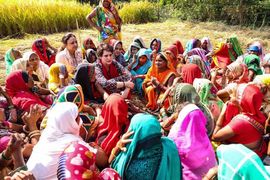 With women’s reservations having been raised to 50 per cent in some 20 states, the number of elected women representatives is now more than 14 lakh. If we take three as the average number of women who contest every reserved seat (which is probably an underestimate), it would appear that in every round of panchayat/municipality elections there are 40 to 50 lakh women contestants. That is why India today has more democratically elected women representatives in just the third tier of governance than have been similarly elected in the rest of the world put together. It is an exercise in gender empowerment without precedent, one which ranks in importance with the proclamation of the Constitution.

And yet this signal national achievement is not even known, let alone celebrated, by the drawing room par-katis (women with bobbed hair)—to use Sharad Yadav’s highly derogatory expression for middle-class, educated ladies who are unimpressed with their poorer sisters’ achievement—because it does not cover them. For the fact is, however impressive women’s empowerment might be in the local bodies, the national disgrace is that reservation for women does not apply to our state legislatures or Parliament.

That raises the parallel question: Why is it that the same political parties that have accepted 50 per cent women in the third tier are so reluctant to allow women’s reservation in Parliament? I think the answer does not lie in gender discrimination as such, but in the fact that we have almost 90 per cent of male sitting members, nearly a third of whom are going to lose their seats only because they were born male.

The answer lies in ensuring that whenever the number of Lok Sabha members is expanded (to about 800, according to present reckoning), the additional seats should be reserved for women, thus enabling a large intake of women without asking men to abandon their seats just because they are men.

Priyanka’s initiative is likely to succeed for two reasons. First, she is writing on tabula rasa, a clean slate. There are only seven Congress MLAs in UP, of whom five are men. Their tickets need not be disturbed for Priyanka to hit her target.

Second, she has a huge pool of experienced women representatives, past and present, who have proved their electability and their administrative talent at the local level. She only has to give them the opportunity to contest the assembly polls in India’s largest state, the only large state to not have raised women’s reservations in seats and posts above the constitutional minimum of one-third.

Priyanka’s women candidates, drawn from every segment of society, might not only succeed where male candidates have so abjectly failed, but could set the precedent for other states as well. Above all, it would be a daughter’s tribute to her martyred father.