As I settle down to write this column, newspaper headlines are screaming the news of the Tatas having bought Air India for a piffling Rs18,000 crore. Meanwhile, the Narendra Modi government has, in exchange, burdened the people with over Rs60,000 crore of the sold entity’s debt. It is like auctioning a house while retaining the mortgage.

My mind goes back to the flurry of private airlines that took off when in the 1990s liberalisation became our mantra. How many survived? East-West? Damania? ModiLuft? Paramount? Sahara? Jet? Over 60 private sector airlines have gone belly-up. Earlier, private airlines like Ambica Airlines, Jupiter Airways and Himalayan Aviation had flopped. Indeed, even once renowned private carriers on international routes like Pan Am and Trans World Airlines have disappeared. 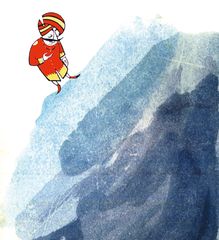 Ownership does not confer management ability. Private enterprises do sink—and take down their lenders with them. Public enterprises do flourish as witnessed by the oil giants, the Power Finance Corporation and several others. Mehul Choksi, Nirav Modi, Lalit Modi and Vijay Mallya (not to mention Dharma Teja from an earlier era of business buccaneers), hiding out in their tax havens or other centres of five-star refuge for tax-dodgers, are proof enough of not only private sector stupidity, but also private sector cupidity.

Indeed, Cyrus Mistry blew the whistle on many skeletons in the Tata cupboard, for which he was eased out. There is no guarantee that the Tatas will revive Air India—although that is the least one can expect of them for the bargain basement offer they have received from the Modi government.

True, J.R.D. Tata did start a private airline, and true, too, that Air India was nationalised in 1953. But recognising the management abilities of the Tata Group, Nehru invited JRD to become the chairman. Thus, higher public purpose and shrewd business acumen were combined to give Air India pride of place.

I cannot think of any precedent for such a sensible arrangement whereby management was left in the hands of the previous owner while the woes of ownership were taken over by the government. It is not just the Maharajah that is being returned to the previous owner for a pittance, but in abundant addition, 1,800 international landing and parking slots at Indian airports, 4,400 domestic slots and 900 slots at airports overseas, plus a fleet of wide-bodied aircraft. Almost all of this was acquired by the government after nationalisation. If Air India was a caterpillar when it was taken over, it is now a priceless butterfly.

Let us not forget that it was not the Congress but that other symbol of Gujarati asmita that Prime Minister Modi is ever invoking—Morarji Desai—who, in February 1978, ended that very satisfactory arrangement. How satisfactory both sides found it is touchingly recalled in an exchange of letters that the indefatigable Jairam Ramesh has unearthed from the archives.

In a handwritten communication to JRD (whom she fondly calls “Jeh”) Indira pays tribute to him as “not merely the founder and nurturer” of Air India, but also for the “deep personal care” he bestowed on the airline. She adds: “We were proud of you and the airline. No one can take this satisfaction from you nor belittle [the] government’s debt to you in this respect.”

And, JRD replied: “Dear Indira… I was fortunate in the loyalty and enthusiasm of my colleagues and staff and—what needs all the emphasis at my command—“the support I got from [the] government without either of which I could have achieved little.”

The Modi government could have easily restored that arrangement without selling the family silver for a song.