Readers will recall Prime Minister Narendra Modi’s first Independence Day address. With his arms flailing like a windmill, he announced the “Make in India” programme, aimed at raising the share of manufacturing in India’s GDP from 16 per cent to 25 per cent by 2020 and thereby creating 100 million new jobs. In addition, Modi secured an international spokesperson in the person of the former CEO of the World Bank, Kristalina Georgieva, whose ease-of-doing business (EoDB) index showed India soaring while every other international ranking showed the country plummeting.

On the EoDB Index, India was languishing at 142nd position in 2014-2015. Under Georgieva’s watch, India leaped to 130th position in 2015-2016 and then took a quantum jump to 63rd position in 2019-2020. So, Modi pulled out all the stops to get the Federation of Indian Chambers of Commerce and Industry, the Confederation of Indian Industry and the Associated Chambers of Commerce and Industry of India to organise a grand meeting to felicitate Georgieva on November 4, 2017—Guru Nanak Dev’s birthday—with Modi labelling the day “auspicious” for it “inspires us to lead a life of truth”. He apparently did not know, or chose to ignore, that back in Washington, DC, rumblings were growing at the EoDB index not being a paean to “a life full of truth”. 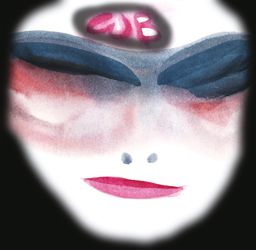 As early as 2013, the Bank’s Independent Evaluation Group had questioned the “reliability and objectivity” of EoDB. Mary Hallward-Driemeier, a senior economic adviser at the Bank, had opined that the index “does not summarise even modestly the experience of firms”. Two researchers at the Center for Global Development, including Divyanshi Wadhwa, pointed out that “the improvement in India’s ranking was almost entirely due to methodological changes” (i.e., fiddling the facts). In 2018, the chief economist at the Bank, Paul Romer, said that he “did not have confidence in the integrity” of the data being used by Georgieva’s team.

Indeed, “after conducting a systematic review and assessment of data changes”, the World Bank asked its “internal audit function” to “audit the processes” and “controls to safeguard data integrity.” This was followed by an external review panel casting serious doubt on the index, leading to the appointment of a well-known firm of consultants, WilmerHale, to examine the Bank’s Augean stables. Expressing deep concern over “ethical aspects of the conduct relating to Bank officials”, the consultants cast doubt on Georgieva and the World Bank president, Jim Yong Kim. The Bank has now suspended the EoDB index in a bid to retain its credibility.

Both Modi and Georgieva believed that unfettered market forces would lead to optimum outcomes and hence found a common platform on the slogan, “minimum government, maximum governance”. Modi made changes in the law. She was content to accept this as changes on the ground and validated her ideological beliefs by basing her indices on what big businesses told her team in Mumbai and Delhi, without delving into the perception of small and medium enterprises that account for the bulk of Indian manufacturing.

The last word must rest with R. Nagaraj who has demonstrated in The Hindu (September 21) that while Modi’s India zoomed exponentially on the bogus EoDB index, the ground reality is that the growth rate of manufacturing sank from 7.9 per cent in 2014 to 5.3 per cent in 2018 and has now hit rock bottom at -2.4 per cent, while employment plunges, foreign direct investment stagnates and gross capital formation sinks.