The following are extracts from an interview given by the Congress president after the party’s defeat in the Lok Sabha elections:

Q: Do you feel let down by your friends and close advisers?

I take full responsibility for my decisions. I have tried to consult as many people as possible. But the decisions have been my own. It may be that the consultations should have been more wide-ranging and more in-depth. I shall be looking into the modalities of improving our methods and range of consulting senior colleagues and grass-root workers. That is where things may have gone wrong.

It is certainly important that we remain sensitive and alert to opinion within the party and among the people at large. Equally, it is important not to be deflected from one’s purposes by motivated allegations. There is no significant dissidence in the party. There is only a process of introspection going on.

I expect an AICC session will be called shortly. We are also committed to party elections. Maybe once these are over, we will sit down together and see where we went wrong and why. Collectively, we will put ourselves back on track.

No, this is not Rahul Gandhi speaking in 2019, but Rajiv Gandhi thirty years earlier—in an interview with The Illustrated Weekly of India (March 1, 1990). As the French say, the more things change, the more they remain the same. 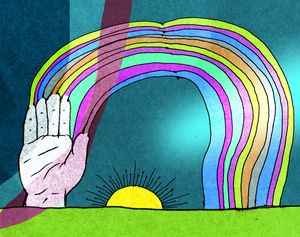 What most commentators fail to adequately realise is that the Indian National Congress was initially the vanguard of a national movement fighting for liberation from colonial rule, not a political party functioning in a vibrant democracy. It, therefore, acted as the magnet drawing the iron shavings of several political formations to itself, a kind of confederation.

It was only during the first general elections in 1952 that the INC transformed itself from a movement into a political party. Owing principally to the emotional overhang of the freedom movement, the Congress was the overwhelming victor in the first three parliamentary elections. But this pre-eminence started getting lost in the aftermath of the Chinese invasion of 1962. While the Congress continued to maintain its majority in Parliament in the elections of 1967, in the state assembly elections held simultaneously, Congress defeats in the north and east made it possible, as one wit remarked, to go from Wagah on the West Pakistan border to Jessore on the East Pakistan border without crossing any Congress territory.

The current problem of rejuvenation of the Congress is, therefore, not the result of contemporaneously placing the Congress in the “wrong hands”. It stretches back over half a century, much aggravated in the last three decades of the fading of the ethos of the freedom movement in the pursuit of other priorities of nation-building related to ethnicity, language, culture, regionalism, caste, religious community, and other markers of sub-national identity.

In consequence, the national appeal of the Congress has had to yield political space to other forces. Yet, the Congress remains the only multi-state party in the opposition and with more seats than any other “regional” party. Together, the opposition constitutes a virtual two-thirds majority in electoral preferences. So, instead of wasting time listening to non-party voices attempting to influence party preferences for personalities, the Congress would be best advised to consider reimagining itself, as in the freedom movement, as part of a nation-wide confederal electoral alliance, that would show up the Narendra Modi dispensation for what it is: a narrow-minded, non-inclusive, authoritarian and communal majoritarianism that is not in the national interest.