The elite corps of our foreign service are the Mandarin-speaking China experts. It is only the “best and the brightest” who head the China division or are sent to Beijing, Guangzhou and Hong Kong to represent India. Surrounding China, we have set up a number of diplomatic sounding posts. These too are often manned (and “women-ed”) by Sinologists. In Delhi, too, there is no want of high expertise and experience, both in the foreign office and ministries like defence, finance and commerce, besides some top-class think tanks like the Institute of Chinese Studies (headed by former ambassador Ashok Kantha—envoy to Beijing from 2014 to 2016), the Institute for Defence Studies and Analyses which brings together senior retired diplomats and military men (and serving intellectuals) and the Centre for Policy Research.

Why then in the last three decades, and particularly in the last six years, were Indian prime ministers not warned off the perfidious Chinese? Why have they all so assiduously cultivated the Chinese, none more passionately than Modi, making China just about our most important trade partner, a major source of investment and techno-innovation in crucial sectors, a growing tourist attraction, and even an expatriate employment destination? And, all this against a background of peace and tranquility on our borders, guaranteed by treaty, mechanisms for localised conflict-resolution at the military level, and 22 rounds of discussion at special envoy level. Yet, none of this has yielded any significant outcome on even the alignment of the Line of Actual Control, which remains to this day undefined, undelinieated and un-demarcated. We are arguing, and now fighting, over a legacy left to us by the British who had cynically followed a policy of “flexible frontiers” in the remote and virtually inaccessible northern reaches of British India.

The question arises because a whole host of former ambassadors to China, and foreign secretaries and other Indian Foreign Service China-watchers have abandoned their professional omerta to thunder in the media about the pernicious Chinese. Where were these ambassadorial hawks when Modi and China’s President Xi Jinping were cooing like turtledoves as they shared a “lovers’ swing” on the Sabarmati waterfront? Why were they not hooting at the hype generated over Xi being at Xian Airport to receive Modi? 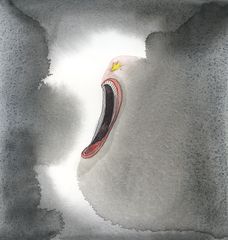 We are now told that Xi is out to establish a Pax Sinica—an addition to our vocabulary for which we need to thank Gautam Bambawale, our most recent former envoy to Beijing (2017-2018): “The Chinese dream is nothing else than to dominate the world, become the sole superpower in international politics and create a Pax Sinica”. Did he whisper this in Modi’s ears when, during his tenure, Xi and Modi were proclaiming the much-touted “Wuhan Spirit”?

Before Bambawale, we had Ambassador Vijay Keshav Gokhale in Beijing (2016-2017), who so impressed Modi that he replaced S. Jaishankar as foreign secretary. Gokhale now tells us that Xi is “tightening his grip on power everywhere” and even has the “chutzpah to equate himself to Marx” in propagating his “New Type of Great Power Relations theory”. Did he mention this to the prime minister when Modi-Xi were sharing a masala dosa in Mamallapuram? And, did Modi embrace Xi in spite of that—or, because he thought, “What a great example to follow!”

Jaishankar and Modi became buddies when the rest of the world was refusing to let in Modi after he presided over the 2002 Gujarat pogrom. He, therefore, made four trips to China, some of which ambassador Jaishankar (2009-2013) helped organise. That is when Modi’s romance with China began. Was Modi cautioned? Did he brush off those warnings like flies? And, is it not thus that it has now come to this?