Congress after the Gandhis

There are no longer any ifs or buts. Rahul Gandhi has, beyond a shadow of doubt, resigned his position as president of the Congress. Whoever his successor is, he or she has his/her work cut out—nothing short of putting the Congress back on its feet, but with the comforting thought that neither Rahul nor his sister or mother have packed up and gone.

They are still around and have every intention of remaining in the picture—albeit more in the background than at the forefront. They can still be consulted. They will remain available for advice and, what is more important, consent. 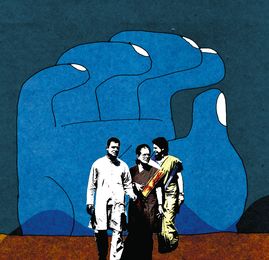 After completing his only term ever as Congress president in 1924, the Mahatma resigned even his primary membership of the party to devote himself to “constructive work” from his base at the Sabarmati Ashram in Ahmedabad. No less than four years followed during which he abstained from active involvement in Congress affairs. Yet, he remained the core element of the freedom movement. Leaders rushed to him in his hermitage. He gave them a patient hearing and whatever advice they sought, but left it to them to run the Indian National Congress.

He also undertook voluminous correspondence that kept him in touch not only with the Congress bigwigs, but also put his finger on the pulse of the people. His message was disseminated through the columns of his journal, the Young India, and the many interviews he gave to journalists, both Indian and foreign. It was not till 1928 that he fetched up again at a Congress annual session, largely at the instance of Motilal Nehru. Motilal begged the Mahatma to be present and act as a restraining hand on Jawaharlal, who had taken up cudgels against the report that bore his father’s name for its advocacy of “Dominion status” rather than the “Poorna Swaraj (complete independence)”.

The Mahatma’s withdrawal from the leadership, but not from the goals of the Congress, is a precedent that could serve the Gandhis well in the 21st century. Whether they hold a formal post in the party or not, their influence on party affairs will continue to be immense, even decisive.

The Congress after the Mahatma and before the Gandhis (1948-1967) also holds instructive lessons. In September 1951, Nehru engineered the ouster of Purushottam Das Tandon and took over as a kind of interim president of the party. But his more pressing duties as prime minister soon led to nearly a decade when Nehru remained at the helm of the nation while the party was helmed by others, beginning with the little-remembered U.N. Dhebar and extending down to K. Kamaraj. With virtually no English or Hindi, Kamaraj masterminded two major transitions—from Nehru to Lal Bahadur Shastri and Shastri to Indira Gandhi. Thereafter again, for a decade from 1969 to 1979, Indira may have loomed over the country and the party, both in victory and defeat, but the party remained under the charge of others ranging from S. Nijalingappa to D.K. Barooah and K. Brahmananda Reddy.

Thus, it will be no new or untried experience for the Congress to find itself under the titular leadership of a non-Nehru-Gandhi. If their hands are not on the steering wheel, the Gandhis will be found at the rudder. Plus ca change, plus c’est la meme chose—the more things change, the more they stay the same.