Is Imran Khan's preference for Modi a clever manoeuvre?

Pakistan Prime Minister Imran Khan has bowled a googly to mark the opening of the BJP vs Others Test match that began on April 11. He declared his preference for a Narendra Modi victory on the grounds that Modi, rather than any other contender for the Indian captaincy, would be able to sustain a dialogue with Pakistan and carry with him the Indian establishment and people to a satisfactory settlement of the issues between the two neighbours.

Did he really mean it? Or was it a clever manoeuvre to stain Modi’s carefully cultivated image as an implacable opponent of the only export that Pakistan leads the world in, namely, terror, so that Modi loses the election and a more accommodating alternative leader emerges in India? 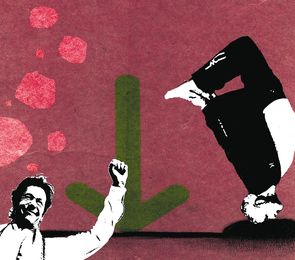 Let us never forget that Pakistan’s moment with history came when it acted as the conduit for Nixon-Kissinger to make their opening to Mao-Chou in 1971. Ever since, Pakistanis have convinced themselves that like Nixon made his political reputation by China-bashing to secure his credentials as a hard-line American who could drive a hard but mutually valuable bargain with an erstwhile enemy, only a hard-line Indian Pakistan-basher would earn the credentials to work out and then sell to the Indian people a mutually satisfactory settlement with Pakistan.

That explains the alacrity with which Nawaz Sharif accepted Modi’s invitation five years ago to attend his swearing-in. He genuinely believed Modi to be the Indian Nixon. I happened to visit Pakistan within a fortnight of that event and was astonished at the welcome that was expressed everywhere for Modi becoming India’s prime minister. At last, said my Pakistan interlocutors led by former foreign minister Khurshid Kasuri, an Indian prime minister with whom we can get down to business.

I tried to tell them they were mistaken, but such was the euphoria that my arguments were brushed aside. Two months later, Modi sabotaged the very resumption of talks he had initiated by raking up the contacts between the Hurriyat and the Pakistani authorities that Atal Bihari Vajpayee had not only permitted, but even encouraged.

Is what we are seeing now a repeat by Imran Khan of the Nixon syndrome in the Pakistani mind? Or is it a plan, as discussed above?

Before unraveling that conundrum, two further matters have to be addressed. One, whether Imran is really serious about cracking down on Pakistan’s terror machine, without which any dialogue with India is hardly on the cards. And, if so, whether his oral crusade against Pakistan-based terrorism has the approval of, or is attracting the ire of, the army brass and the terror-sponsoring ISI.

This requires a further understanding of what I have described in the past as the peculiarly Pakistani cycle of 11 years of civilian rule followed by 11 years of army dictatorship followed by an interregnum of 11 years of civilian rule before the military takes over again. Is it a coincidence that civilians were in (chaotic) office for eleven years from 1947-58 before Ayub Khan took over for 11 years (1958-69)? That Muhammad Zia-ul-Haq held the fort for 11 years (1977-88) till the army yielded office to civilian leaders for 11 years. Pervez Musharraf (1999-2008) was ousted in nine not eleven years. So perhaps the witch’s spell has been broken, but Imran would do well to heed the ‘Ides of March’. This year, Pakistan completes 11 years since Musharraf was ousted!

So, will Modi and Imran both become history in 2019 or will Imran still be around long enough to meaningfully engage with whomsoever destiny favours on May 23 for the throne of Delhi?