Coercive federalism? No, thanks!

Meenakshi Lekhi, my fellow columnist, has argued the case for simultaneous elections to Parliament and state assemblies. Our editor wanted me to share what I thought of it.

READ: One poll for all, writes Meenakshi Lekhi

The only ray of hope in Narendra Modi’s wholly bogus promise of “achche din” was his apparent commitment to “cooperative federalism”. But, simultaneous elections would amount to “coercive federalism”, for the Union government would run the state at its own sweet will through the device of president’s rule, wherever the elected state government loses the confidence of the house—even if that happens, as it usually does, within months or a year or two of the elections. 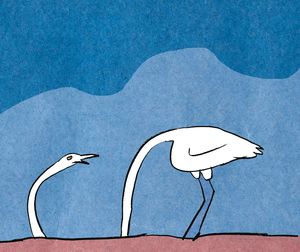 Moreover, what happens if it is not the state government that prematurely falls, but the Union government? The problem is real, because only about half our Lok Sabhas have completed their prescribed term. Six times out of fifteen (the current one is the 16th), it has been prematurely dissolved. The 12th Lok Sabha lasted just 13 months and the ninth only 15 months. The eleventh ended in 18 months, the sixth collapsed in under two-and-a-half years, and Indira Gandhi, finding governance impossible with a fragile majority, ended the fourth Lok Sabha in less than four years.

So, what would Lekhi suggest if it is the Lok Sabha that disrupts her favoured cycle of “simultaneous elections”? She cannot suggest president’s rule at the centre, for the Constitution has no such provision. Then, would she want all state assemblies dissolved only because the Lok Sabha has withdrawn its confidence from the Union government?

She then trots out the absurd argument of staggered elections amounting to “monetary profligacy”. She herself says the last Lok Sabha election cost the exchequer Rs 3,426 crore. That amounts to approximately Rs 13 per voter, per year. Staggering? She does not tell us what staggered state assembly elections are costing the government, state and Centre together. Some estimates put the cost of staggered elections at double the 2014 Lok Sabha election—rounded off to Rs 8,000 crore. That is less than what one friend of Modi’s alone, Nirav Modi (no relation), siphoned off our banks, before being allowed to flee the country and get himself photographed at Davos with Narendrabhai.

More to the point, Rs 8,000 crore translates as Rs 27 per voter, per year. Is that “massive”? Is it “profligate”? What percentage of the Union government’s annual budgeted expenditure does Rs 8,000 crore amount to? 0.05 per cent. That’s all!

Her next argument is disruption of governance. The model code of conduct applies only to the state where elections are to be held. The code does not apply to any other state or the Centre. So, why should elections in Puducherry provoke disruption in Meghalaya? And, why should any state assembly election cause disruption to governance in New Delhi? Only if the prime minister is so authoritarian, inefficient or incompetent that his government comes to a standstill when he goes campaigning. Yes, the current prime minister is always neglecting the job he was elected to perform, to be in endless campaign mode. True to that, the BJP government falls into “policy paralysis” if the prime minister is not in Delhi. But, able prime ministers ensure that the government runs smoothly when they are out campaigning. Why not this one?

The BJP is a zero if Modi is not around—witness Alwar, Ajmer, Gorakhpur and Phulpur. So, the only real reason the BJP wants simultaneous elections is to have Modi around without too much strain, when the Yogis, Vasundhara Rajes, Shivraj Singh Chouhans and Raman Singhs fail to deliver. That is reason enough to dump this anti-democratic, unconstitutional, authoritarian and partisan proposal.