Why Truss has been an unmitigated disaster

Nowhere in the world has a prime minister been called a “lettuce”.   Just five weeks in office, British Prime Minister Liz Truss has been labeled “Lettuce Liz” because she is already wilting. Predicting a short shelf-life, the Daily Star live-streamed images of salad leaves, asking mockingly: “Will this vegetable outlast the PM?”

Truss has been an unmitigated disaster. A self-proclaimed radical, she challenged prevailing economic orthodoxy. It blew up in her face. Britain’s financial market went into cardiac arrest when Truss’s chancellor unveiled a debt-fueling “mini-budget” to cut taxes for the rich. Investors fled, the pound plummeted, pension funds were imperilled, and interest rates soared. 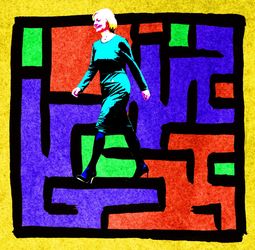 Instead of taking responsibility for her irresponsible policy, and resigning, Truss scapegoated her implementor-chancellor, Kwasi Kwarteng. “Kamikaze Kwasi” became the first living chancellor in 200 years to lose the job in five weeks. Economist David Blanchflower described Truss’s eight-minute press conference announcing Kwarteng’s sacking as a “car crash, an absolute catastrophe”.  “Loopy Liz”  looked like a clueless schoolgirl in a PhD programme.   Irrespective of the question, she recited lines from her scripted speech like a robot. One journalist asked, “How come Kwasi goes and you get to stay?” She parroted, “I am determined to implement my policy.”

No way. Kwarteng’s successor, former foreign secretary Jeremy Hunt, who had unsuccessfully contested to be PM twice—unequivocally rejected “Trussonomics”. He swiftly cut her tax cuts, announced higher taxes and cuts in  defence expenditure. Hunt looked calm; Truss less feisty. At best, they looked like a handsome couple. At worst, Truss looked she was under administration by a sensible colleague, earning yet another satirical nickname: “Lame Duck Liz”

Truss has made a career out of U-turns, so back-pedaling on her ill-fated policy is unsurprising. But it is hubris. She branded critics of her rash economics as the “anti-growth coalition” of “doomsters and liberal elites”. This coalition now includes almost the whole country. She is propped up by dandy idealogue-cum-Brexiteer, business secretary Jacob Rees-Mogg. He denigrated the forecasts of the fiscal watchdog, the office for budget responsibility (OBR). Extraordinarily, the Truss government ignored the OBR before presenting this “mini-budget”, and even sacked a dissenting treasury official. The IMF criticised the plan, warning it could contract the economy and aggravate inequality.

Truss was elected by a tiny, unrepresentative selectorate of middle-aged English party members who want tax cuts—like Rees-Mogg. She lacks support among Tory MPs and the wider public. Tory MP Robert Halfon declared these “libertarian jihadists” who conducted “ultra-free market experiments” must be thrown out. Tories have changed prime ministers five times in six years, and four finance ministers in the last four months. Tories admit it is absurd to oust Truss so soon, but its even more absurd to keep her—voters will flee. The next general elections are two years away; opting for snap elections with her at the helm is not an option.

Much will depend on Hunt steadying the markets and Truss avoiding mistakes. But several Tory MPs publicly agree with Daily Star that Lettuce Liz is “past her sell-by date”. Derides columnist Polly Hudson, “Liz Truss is so out of depth, she’s an upside-down duck, legs flailing madly as she drowns in full view.” To survive, Truss must perform yet another dramatic flip. But with so many U-turns, no one can tell if she is coming or going.